The beaches of Phuket flooded the poisonous “Portuguese ships” 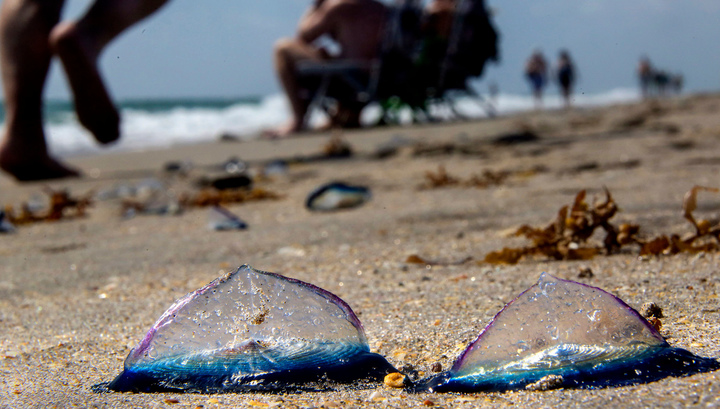 In the sea at the beaches of Phuket island in Thailand, again appeared physalia (“Portuguese ships”) – a colony of microorganisms that look like jellyfish and pose a danger to humans when touched. This is reported by the Marine Rescue Service of Phuket on the Facebook page.

The fisalia can not move independently and find themselves on the beaches of Phuket every year during the rainy season: they are brought there by tides and currents formed as a result of the influence of monsoon winds.

In contact with other organisms (including a person bathing in the sea), fizalia as a protection emit a poisonous substance that forms on the skin of a person a burn that resembles in appearance and form a bite of jellyfish. Poison poison can be fatal for people who are allergic to it. But according to statistics, deaths when touching the physalia are extremely rare, RIA Novosti reported.

Rescuers of Phuket recommend in case of a burn with tentacles of a physalia, having washed a burn with sea water, immediately to address to the doctor. Without the advice of a specialist, it is not recommended to use the remedies normally used with a jellyfish bite (for example, alcohol tincture of aloe juice).