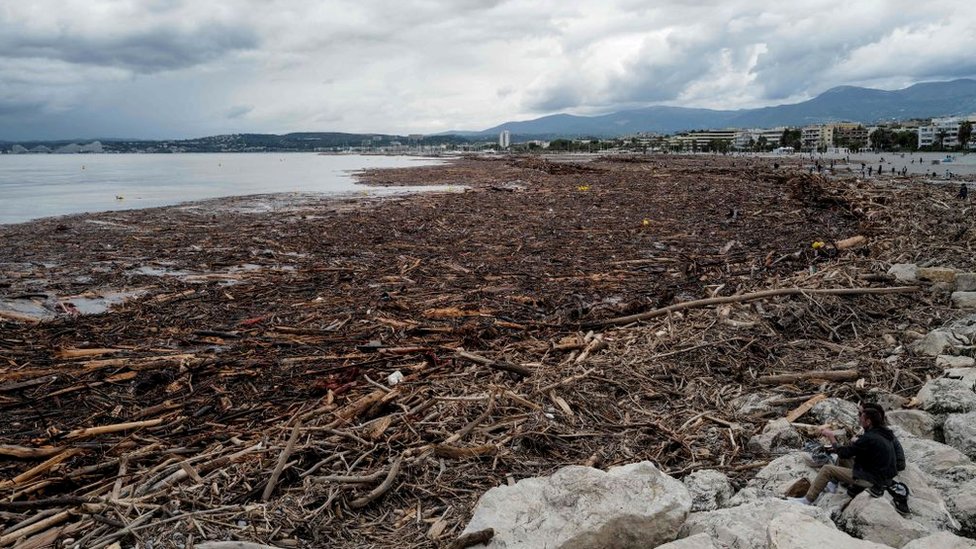 Heavy rains caused flash floods in southeastern France and northwestern Italy, killing at least seven people on both sides of the border.

The storm Alex destroyed dozens of homes and washed away roads in a mountainous border region near Nice.

The coastal areas of the French Riviera were devastated, and long stretches of beaches were strewn with trees thrown onto the shores by the storm.

This is madness! See all these trees and trunks covering beautiful beaches at several locations on the French Riviera.

In the meantime, rescuers stepped up their search work amid fears that up to 20 people were missing.

On Monday, French officials said three more bodies were found in villages north of Nice, bringing the country’s death toll to four. At least three people have died in Italy.

Storm Alex, which brought fierce winds and heavy rain, then moved to northern Italy, where record rainfall was also recorded.