The Belgians continue to struggle with the consequences of floods 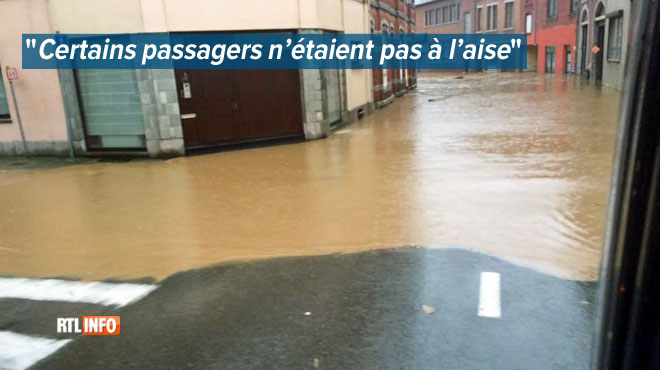 The Belgians continue to struggle with the effects of flooding caused by past Tuesday’s heavy rains and Zataevich basements and first floors of the houses and the breaching of road and rail links.

Although most rivers and streams have returned to normal, in the area of Tournai in the Hainaut Department, some streets are still flooded by 50 centimetres, mixed with mud, the water continues to stay on the first floors of houses in several villages. Located in the South of the province of NAMUR flooded fields, which are unable to absorb the rainfall abundant. In this region the water level in the basements of houses has reached 80 centimeters, firefighters-rescuers continue to pump her.

In the municipalities of Newell and Cours Saint-Etienne province of Walloon Brabant, rescuers are clearing the streets, the traffic on some of them still not recovered. Some areas in the countryside were flooded for the first time in decades, and farmers want to make mandatory installation of buffer zones around fields to retain water.

In Brussels, all the media attention confined to the lowlands located in the commune of Woluwe-Saint-Lambert, where rescuers on Tuesday evening made 400 visits. It was flooded a tunnel and a shopping centre, open Parking area drowned cars. On Wednesday, the water subsided, the shopping center opened on Wednesday morning, and at lunch the restored movement through the tunnel.

In Flemish Brabant on Tuesday evening, dozens of households were left without electricity, and in the province of East Flanders some of the house was a meter filled with water.

Wednesday still not restored railway communication in the secondary areas of the Walloon region, followed by late trains from Brussels to the fifth largest city in the country of Charleroi.

According to meteorologists, the troubles of the Belgians should end. Royal meteorological Institute predicts rain in some areas of the provinces of NAMUR, liège and Luxembourg, but generally weather is dry and Sunny.