The blizzard has fallen upon China 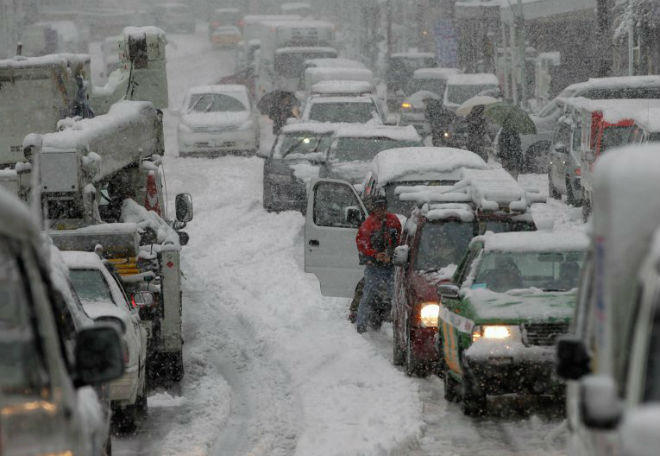 The powerful winter storm has fallen upon Xinjiang Uyghur Autonomous Region in the northwest of China. Because of a blizzard on Monday in the district Chuguchak on roads about 320 drivers and passengers have got stuck.

In total in snow traps okazalis70 vehicles. To the aid of hostages of elements rescuers have hurried. All victims in the same day have been evacuated.
Speed of wind reached 60 km/h. Because of a blizzard visibility on roads was almost zero.