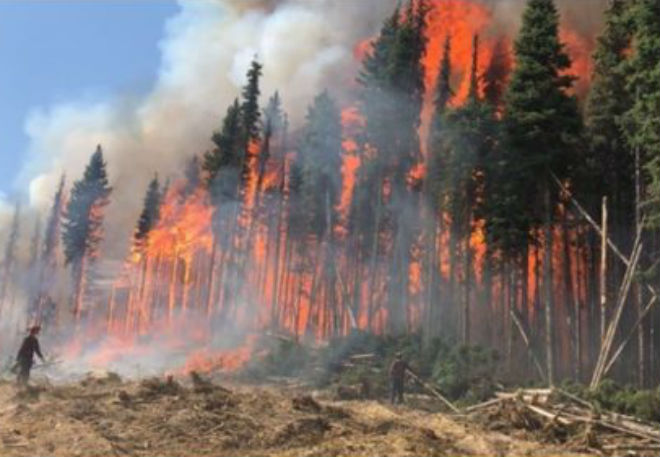 In the Canadian province of British Columbia, large forest fires are raging. By now, about 13,000 sq. M. km of area.

The British Columbia authorities declared a state of emergency in the province due to forest fires that covered more areas than in any other season. As of Tuesday, the province burned more than 12,984 square kilometers of the area, as a result of which the previous record, set just a year earlier, was beaten.

On Wednesday morning in the province, there were 534 fires. Their homes were forced to leave 3,2 thousand people, another 21,8 thousand people received alerts about the threat of fires.