The capital of Abkhazia Sukhum was flooded with a powerful shower 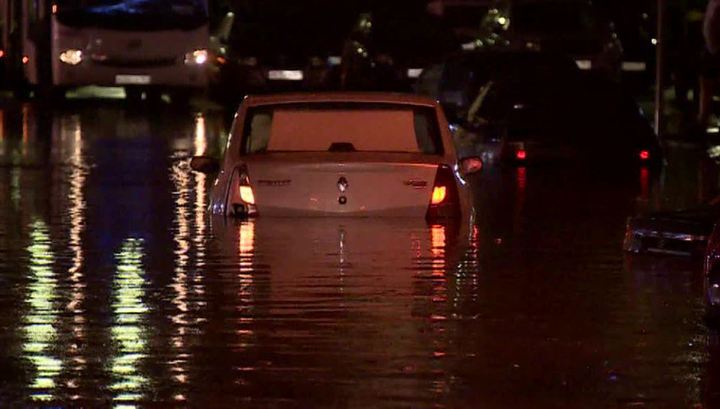 The capital of Abkhazia Sukhum was flooded with a powerful shower, most of the city is de-energized. Flooded farms in the Sukhumi district and the city of New Athos, data on casualties yet.

A heavy downpour, which was over two hours in Sukhum and in the foothills, brought from the banks of the river Shumka, Basla and Azaps and they powerful stream poured out to the streets, placing them on the road stones, bricks, branches and other debris, — said the Deputy Minister of emergency situations of Tigran Dalibaltyan. The largest flood occurred in the area of the Sukhumi station, where people had to evacuate from the roofs of flooded cars.

Due to the sudden downpour we had had to postpone the second and third parts of the play Medea the Musical theatre of a name of Stanislavsky and Nemirovich Danchenko held under the open sky in the building of the Abkhazian state drama theatre on the embankment of the Dioscuri. Soaking wet in the amphitheater of the people went home, changed clothes and returned to the theater to continue watching the play.

Currently, rain in the Abkhaz capital, but in the area of the station due to the high water level of a traffic jam of cars try to pass from the Central part of the city in new and old neighborhoods and back.