The cause of extreme showers is global warming 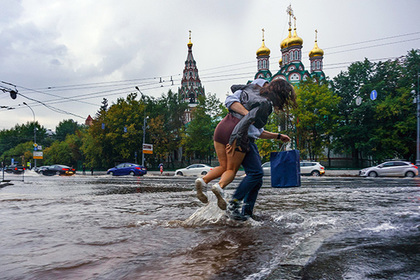 Scientists from the Potsdam Institute for the Study of Climate Change came to the conclusion that an increase in global temperature by half a degree increased the extreme weather conditions that are formed around the planet. So, more often heavy rains, thunderstorms, and also long periods of anomalous heat began to appear. The article is published in the journal Nature Climate Change. It is briefly mentioned in a press release on the website Phys.org.

Forecasting the effects of global warming at 1.5 and 2 degrees Celsius includes certain assumptions. For example, scientists can rely on various models of ocean circulation. Therefore, to avoid uncertainty, experts turned to the data of long-term meteorological observations.

Climatologists compared two 20-year periods – 1960-1979 and 1991-2010, between which the average temperature on Earth increased by 0.5 degrees Celsius. It turned out that by the end of this period, meteorological indicators such as the duration of dry seasons and the intensity of extreme showers increased. In addition, the average summer temperature rose by more than 1 degree, and winters on average became warmer by 2.5 degrees Celsius.

According to the scientists, these weather changes go beyond natural variability, that is, caused by the burning of fossil fuels by man. The data also agree with models that showed that an increase in global temperature due to anthropogenic activity by 2 degrees would double the number of crop failures, reduce the availability of fresh water and increase the frequency of anomalous heat.