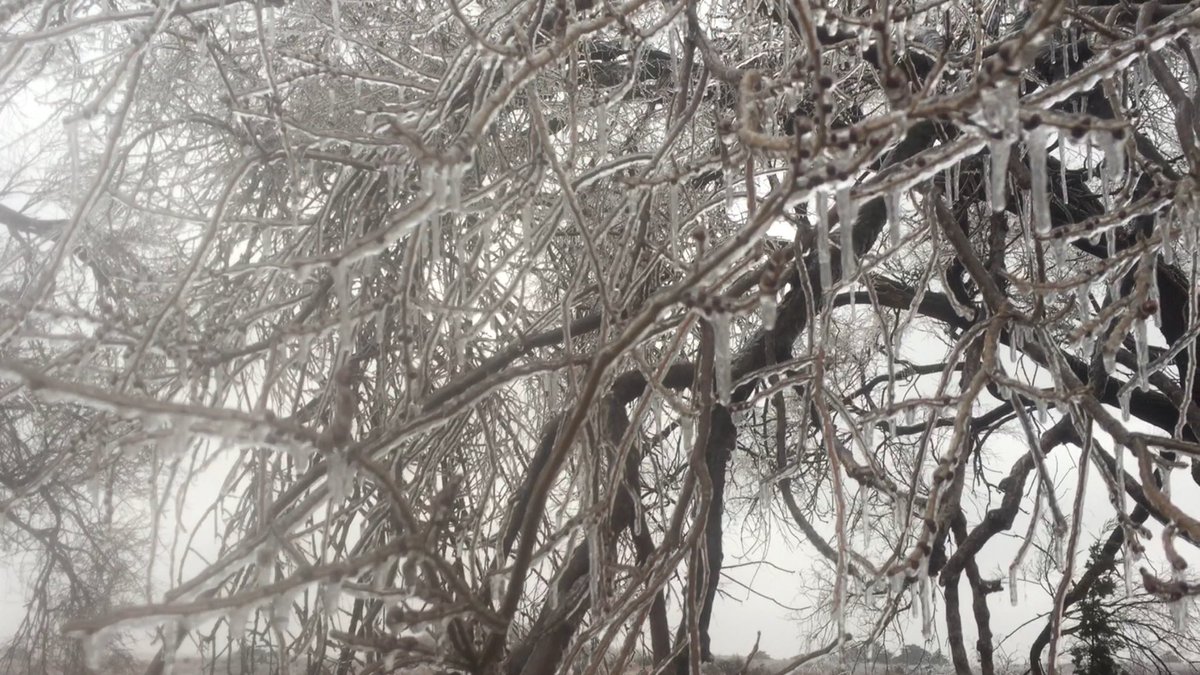 Warning about the ice storms are still active in the Central United States. “These warnings are talking about what is expected or has already occurred severe weather conditions, explained in the National weather service of the USA. Significant ice accumulations will make travel dangerous or impossible. The trip is highly recommended to cancel”.

Ice storm in Northwest Oklahoma about as bad as you could expect. Major tree and powerline damage. pic.twitter.com/zO3e0W4pcL

Frosty weather with freezing rain and sleet will continue for two days, and the area of low pressure will move North-East.

Weather system has proven to be a deadly danger at the weekend. At least five deaths related to traffic incidents and severe weather occurred in the Central United States. Ice felled trees and broken power lines they also left without electricity for thousands of people. Especially a lot of energized farms in Northwest Oklahoma. In Missouri in a traffic accident that occurred due to icing of the road, killing three people. One fatal outcome in an accident triggered by weather conditions, recorded in Kansas, another in Oklahoma.

Before the onset of a cold front, weather service announced readiness for tornadoes in parts of Texas and a tornado warning West of the city of Waco.