The city of Pervouralsk were hit by a hurricane 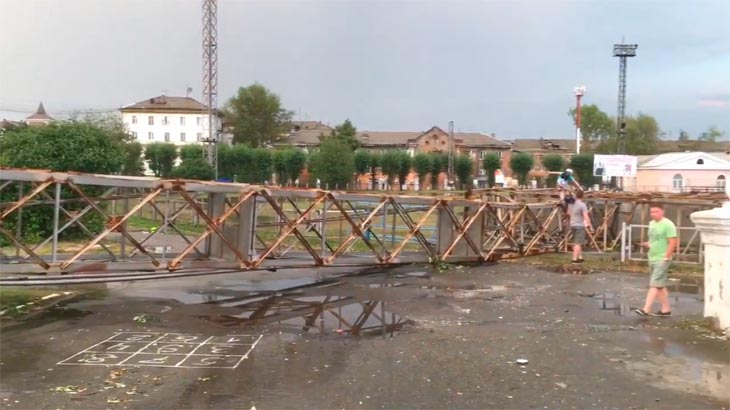 The evening of 10 August in Pervouralsk was a long-awaited rain. However, local residents did not expect that to change the heat of the city will fall a perfect storm. The downpour lasted about an hour.

– There was a heavy rain within 30 minutes, many streets were flooded – said E1.RU reader Constantine. – Storm drains working at 100%, they are not clogged, but still could not cope. As a result, many cars flooded.

People report that homes in some places was off the slate, the city fell a few trees, some of them fell on cars. According to them, at the local Palace of water sports, a Billboard fell, and the stadium broke and crashed to the ground lighting columns.

– And in the center and hail was the size of a coin, – said one of the local residents.