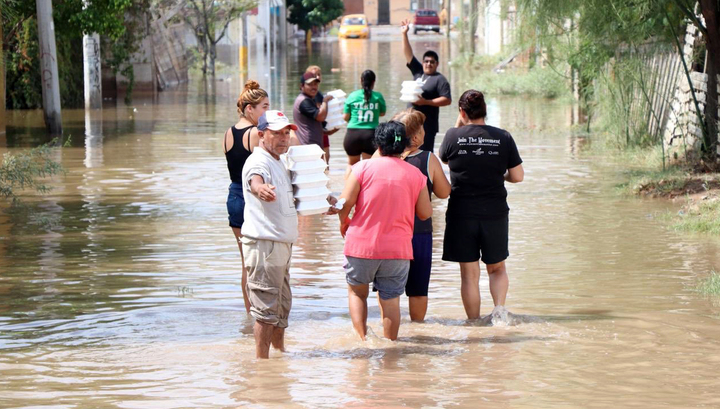 In the north-east of Mexico, a violent flood flooded the city of Torreon in Coahuila near the US border. This is reported by the Governor of the State of Miguel Riquelme.

As it is specified, the governor together with the director of the national commission on water resources and the management of the civil defense forces of Coahuila make a flight to check the condition of the water in the river Aguanaval, as well as the situation in the areas of the city that remain under the flood.

There are no data on the dead yet.

According to the Government of Coahuila, ten super-powerful pumps are used to pump water from the most flooded areas of the city. In a number of the municipalities of Torreón and Acuña, an emergency regime has been declared.