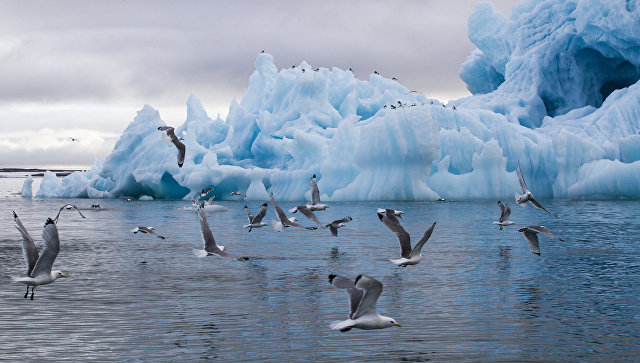 Scientist, far Eastern Federal University (FEFU) Marchesini Luca Bellelli (Italy) presented at the international Symposium on results of research in the Arctic, according to which climate change in the Arctic region are 3-4 times faster than the average for the planet.

The results of the study of carbon dioxide emissions in the Arctic scientist presented at the IX international Symposium on carbon Balance, water and energy and climate in the boreal and Arctic regions with emphasis on Eastern Eurasia, Yakutsk, the meeting brought together more than 120 climate scientists, ecologists and biologists from 16 countries.

In his report, the scientist presented the results of work several years conducted together with Russian and European counterparts. Examining the data of monitoring of greenhouse gases from Greenland, Islands of the North Atlantic, North Russia and Siberia, he proved that the Arctic is one of the key regions, which depends on the carbon dioxide emissions on the planet.

Climate change in the Arctic region are very fast, 3-4 times faster than the average for the planet. Therefore, it is important to explore the natural and climatic features of the Arctic, in particular, permafrost, which contains enormous amounts of carbon that could potentially be emitted to the atmosphere in case of further melting of ice, — quotes the Italian University scientist.

According to him, the Symposium was announced that over the past 50 years the average air temperature in Yakutia has risen by 2.1 ± 0.6 degrees, but in some cases it has increased more than 3 degrees.

Luca Bellelli Marchesini since then has been working in the research laboratory of Far Eastern Climate Smart lab of the University, headed by world-renowned Italian scientist, Nobel prize winner Riccardo Valentini. According to the institution, scientists engaged in the development of modern environmental policy in Asia Pacific based on analysis of global climate change models and regional environmental monitoring.