The coldest April in 35 years in the Netherlands 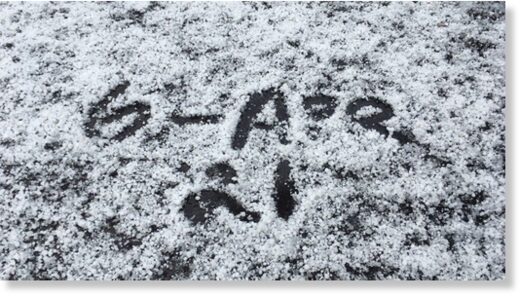 The drop in temperature was particularly noticeable in Drenthe. Eeld in Drenthe recorded 18 frosty days in April, the highest in the entire country. The locality also recorded the lowest temperatures nationwide last month. On April 26, the temperature dropped to minus 4.5 degrees Celsius.

This February, the temperature was even higher than April 2021. Temperatures rose to 18.7 degrees Celsius on Feb. 24, above April’s warmest temperature of 17.8 degrees in some areas.

The cooler weather allowed for a total of ten snow days in at least one part of the country. Usually there are only about 2.5 snow days in the fourth month of the year. This is the first time since 1977 that the Netherlands has had this much snow in April.

In the second half of April, the weather became considerably sunnier. Overall, the sun shone 30 hours more than usual last month. Vlissingen had the sunniest weather with 255 sunny hours.