The collapse of the Eurasian ice sheet 14,000 years ago raised the sea level by 8 meters 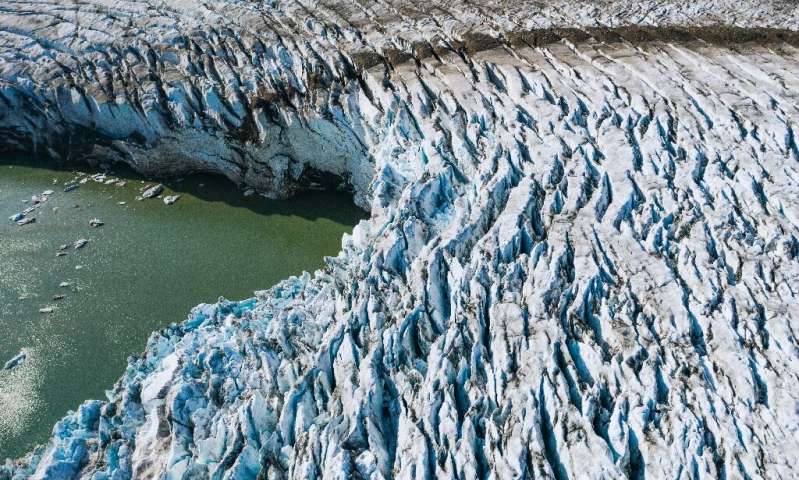 Melting of the Eurasian ice sheet about 14,000 years ago raised the level of the oceans by about eight meters. So what about the risks of today’s rapid melting ice sheet?

The last maximum Ice Age of the Earth began about 33,000 years ago, when huge ice sheets covered most of the Northern Hemisphere.

At that time, the Eurasian ice sheet, which covered most of Scandinavia, contained about three times as much frozen water as the modern Greenland ice sheet.

But rapid regional warming led to the destruction of the ice cover in only 500 years, according to the authors of a study published in the journal Nature Geoscience.

By analyzing sedimentary rocks from the Norwegian Sea, the group found that the destruction of the ice sheet contributed to the event known as meltwater 1A – a period during which it was added up to 25 meters to global sea level between 13,500-14,700 years ago.

Can you imagine that? 25 meters!

The melting of the Eurasian ice sheet coincided with wide regional temperature differences.

“Studies of ice cores drilled from the Greenland ice sheet have shown that the atmosphere over Greenland warmed up to 14 ° C in several decades at this time.”

“We believe that this warming was the main trigger for the collapse of the ice sheet.”

And as you can see, 14 ° C in a few decades is much more than the temperature increase that we are currently measuring around the world.

The study showed that the entire Eurasian ice cover melted over several centuries, annually adding more than four centimeters to sea level – a total of about 4.5-7.9 meters.

“Our research supports this idea because the marine sectors of the Eurasian ice sheet suddenly disappeared and did not grow back,” Brandrien said.

“Where exact turning points are located, both for past ice sheets and for the current ice sheets in Greenland and Antarctica, however, remain unknown.”

Climate change that occurred several thousand years ago was much crazier than what we are experiencing today. So what about the risks of today’s rapid melting ice sheet?