The Colosseum in Rome is threatened by a collapse 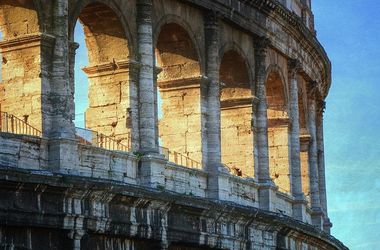 The inspector of the Colosseum Francesco Prosperetti declared that after a recent earthquake in Italy there was a serious threat of a collapse of a world famous place of interest. One of “new wonders of the world” can collapse till the two-millennium.

In an interview to the Corriere della Sera newspaper of Prosperetti noted that each new earthquake creates more and more dangerous load of a two-thousand-year structure — “cracks increase”.

According to him, inspection of the Colosseum following the results of which it was decided to close for visitors that part of a monument with which the view of Palatin opens was already performed on October 30. Other part of the building, and also the Forum, Caracalla’s terms and the Pantheon are still open.

The archeologist Alessandro D’Alessio spoke in the sense that ancient Romans were well familiar with earthquakes in Italy and built taking into account their opportunity.

The Colosseum which construction was complete in the 80th year endured several earthquakes about the history. In 1349 one of them brought down its South side, the considerable loss was caused by disaster of 1703.

Let’s remind, after the next series of tremors measuring 6,5 points, the mayor of Rome declared closing of schools, the subway and sights. The Colosseum, St. Paul’s Cathedral, the Kvirinalsky palace are closed for access. Epicenter was in the city of Norcha, these are about 150 kilometers from the capital of Italy.

As it was reported, homeless were 100 thousand people – and it is only estimation.

please don’t use copyrighted materials in your works without permission