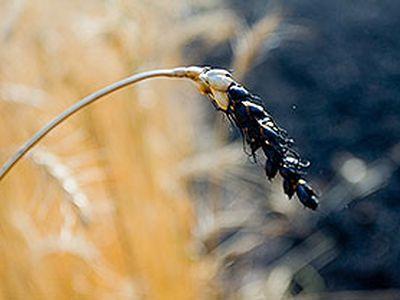 According to the report, government contractor and national security forces of the USA are looking for options for dealing with the consequences of an unprecedented global food crisis that will last at least ten years.

Research published by the CNA Corporation in December 2015, and until recently, were not published. They closely simulated a severe global food crisis that gripped the planet from 2020 to 2030.

The scenario for exercise “Food Chain Reaction” was created by the staff of the state Department, the world Bank, the giant agribusiness Cargill, along with independent experts.

In the game, held from 9 to 10 November 2015, tried to simulate the most likely global food crisis, caused by the rising price of food against the background of population growth, rapid urbanization, severe weather disasters and social unrest”.

“The crisis has affected developed and developing countries, creating a climate of political and economic instability, as well as causing a series of social unrest in some areas”, — stated in the technical report of the project.

At the end of the game,” the team noted that the aggravation “cases of significant internal and external migration, and social unrest” the important role played by “extreme weather conditions” and “food insecurity”. It “made a significant contribution to the conflict”, — I emphasized in the report.

The game begins in 2020 in a fairly healthy global economy and oil prices reach $75 per barrel. Prices for food start to steadily rise due to “weather-related problems in the field of agriculture, affecting the South and South-East Asia, Australia and North America. Global crop production falls by 1 percent, which leads to a reduction of reserves and a further slight increase in prices.

The situation worsens after 2023 because of the serious drought and excessive heat in China, India, Russia and the Ukraine, complemented by the rise in oil prices above $100 per barrel.

By 2024, heat and drought covers the European Union, Ukraine and Russia, weakening in other countries, thereby causing a surge in food prices (the price of 395 per cent higher than multi-year averages) and the global economic slowdown.

By 2027, the situation is beginning to improve because the economic downturn has reduced demand, and high prices stimulated the production of food. Respite from weather-related shortages of food, gives you the opportunity to replenish food stocks. And then gradually declining prices.

The game ends with an optimistic scenario: the price of food has declined from 395 to 141 percent from multi-year average, while the global economy resumed its growth.

On the other hand, some scenarios in which in response to the global food crisis studied traditional measures, for example, a complex model created by Institute for global self-sufficiency within the University, the Anglia Ruskin predicts that current trends may lead to the collapse of industrialized civilization.