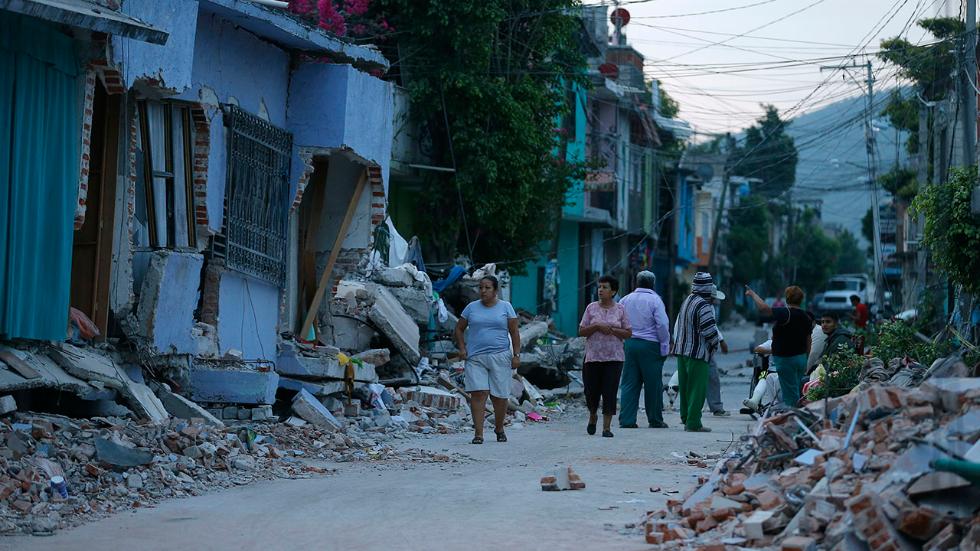 Up to 273 people increased the death toll from a massive earthquake in Mexico. 115 people died in Mexico City, 73 in the State of Morelos, 44 in Puebla, 13 in Mexico City, five people were killed in Guerrero and one in Oaxaca.

At the same time, the latest official data from the federal government, voiced by the National Civil Defense Coordinator Luis Felipe Puente, say that 233 people were killed. At the same time, rescue operations in the field of collapse of buildings continue, it is not excluded that the number of victims will continue to increase.

In particular, the rescue of a 12-year-old girl named Frida Sophia, which has already become a symbol of hope for Mexico, continues in Mexico City. She remains under the wreckage of the collapsed school Enrique Rebsamen, where, according to the latest information, 22 children and five adults died.

Rescuers have been trying to get Frida out of the rubble for more than 24 hours, which shows signs of life and asks to drink. Now all of Mexico is watching her fate. However, it is possible that under the rubble of this school there may be other surviving children, the rescuers note.

The Federal Electricity Commission reported that on Wednesday evening, the electricity supply of 4.63 million homes and businesses was restored, disrupted after the tremors. This amounts to 95% of the total number of consumers who were left without light after the impact of the elements.

Eleven people, including four children, died in the collapse of the church in the Mexican state of Puebla, caused by a powerful earthquake that occurred on Tuesday.

The collapse of the dome of the church of Santiago Apóstol, built in the 17th century, occurred during the infant baptism, which also perished under the rubble of the building. Three more people were taken to the hospital. Two people are still under the rubble. The only one who managed to escape was the priest.