The consequences of the earthquake in Italy 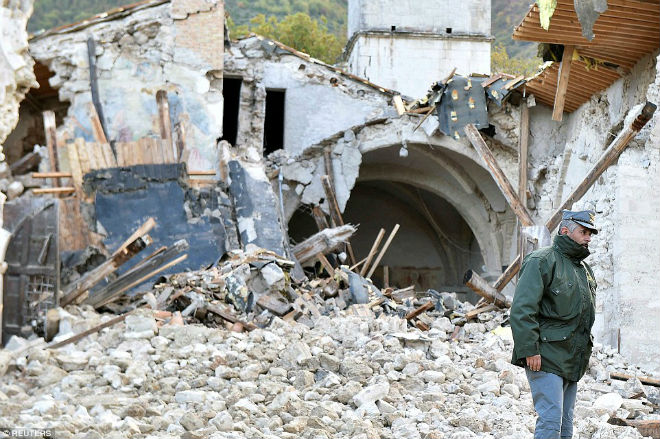 Two powerful earthquake in the Central Italian province of Macerata in the evening of 26 October, destroyed many historic buildings and numerous dwellings. The most severely affected communes of Ussita and Visso. In the region are continuing tremors.

After the first earthquakes occurred more than a hundred aftershocks, the most powerful of them of magnitude of 3.5 was recorded at 04:13 with an epicenter near the municipality of Ussita.
According to the head of the Italian government Matteo Renzi, a few old cities as a result of the tremors become uninhabitable.

Without a roof over the head remained at least 4 thousand people. Government has allocated 40 million euros for emergency. Lost their homes were accommodated in temporary shelters in hotels along the coast, gyms and tents. Until October 31, will be closed numerous schools.

As previously reported, on Wednesday, the Central Italy “shook” the earthquake of a magnitude of 5.4 and 6.1. As a result of the disaster, several people received minor injuries. There were no casualties. 73-year-old man died of a heart attack, probably caused by the earthquake.