The consequences of the volcanic eruption in Iceland 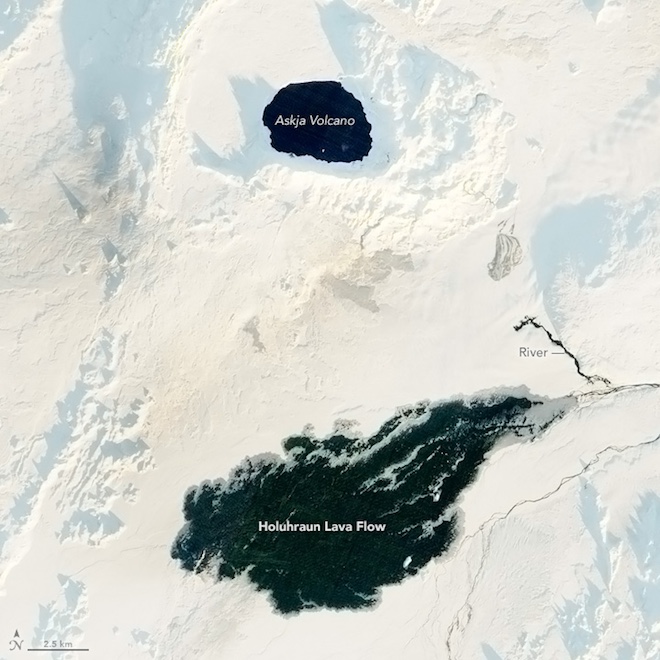 In 2014-2015 in the area of the lava field Holocron in Iceland erupted, which became the largest outpouring of basalt lava in the country’s history with 1783-1984 years. In February 2015, the authorities announced that the eruption had stopped.

The lava flow spread over an area of 84 sq km. Scientists from the Institute of Earth Sciences at the University of Iceland estimated the thickness of the layer of lava in the range of 10-14 meters.

In November NASA satellite Earth Observing-1 has made the spread of lava. According to volcanologists, only one mass of lava, we can assume that at a depth of several meters the flow retains heat.

Recall that in September a significant seismic activity began to be observed under an Icelandic glacier, Myrdalsjokull, where the volcano Katla. “The question is not, will explode if Katla, and when he does, warns volcanologist Christine Jonsdottir. We must not forget that Katla is a very active volcano. Since then, as settled in Iceland, Katla has erupted 16 times.”

The last time the volcano exploded in 1918, making the current break, the longest since the first settlers came to the country in the late ninth century.