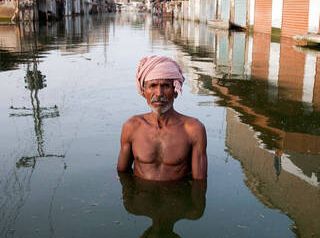 Scientists at Queen Mary University of London have created a new model that reveals the effects of climate change on the basis of warming that occurred in past geological periods. The results of the study, published in Nature Geoscience, show that with global warming, the deep ocean stores less of the absorbed carbon.

The new work used geological data to model the warm Pliocene period about three million years ago. At that time, global temperatures were about 2.3 degrees warmer than they are now, while carbon dioxide levels were the same. The simulations covered a time period of two thousand years, which was computationally intensive, but allowed us to analyze the long-term effects of the carbon cycle.

Scientists have found that in the past, the North Pacific experienced changes in deep water circulation that are not yet seen today. At the same time, the total amount of carbon stored in the ocean is actually increasing by 1.6 percent compared to the current one, but at the expense of an increase in the content of dissolved inorganic carbon in the surface layers of the ocean. In deep waters, the amount of carbon taken up decreases.

Thus, although the Pliocene ocean in the model maintains a carbon balance similar to the current one, a change in the configuration of the deep ocean circulation affects the biogeochemistry of sea currents.