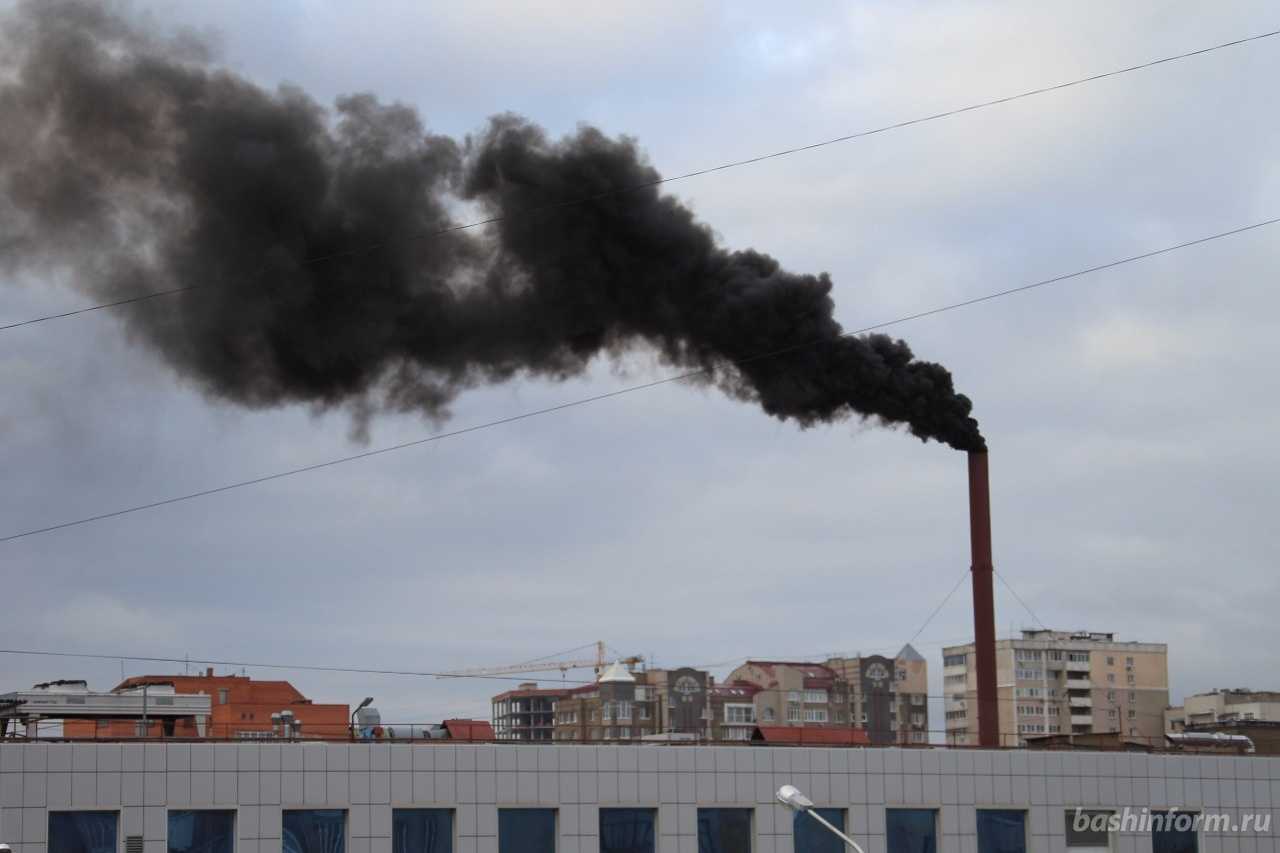 In the next hundred or two hundred years, the carbon dioxide content in the atmosphere risks exceeding the Triassic period mark (200 million years ago). If humanity continues to burn any economically viable fossil fuel, then the XXIII century will be the warmest for 420 million years. To such disappointing conclusions scientists of several universities of England and the USA came, about what they published an article in the journal Nature Communications.

The study involved samples of fossilized plants, oceanic and land sedimentary rocks – only about 1200 samples, spaced by half a billion years. “We can not directly measure the concentration of carbon dioxide millions of years ago. Instead, we resort to analyzing the data from the existing geological record. In this study, we compiled all publicly available data from various sources to obtain information on the level of carbon dioxide in antiquity, “said Gavin Foster, leader of the research team and professor at the University of Southampton.

Normally, the carbon dioxide content in the Earth’s atmosphere ranges from 200-400 parts per million in cold periods and up to 3000 in warm periods. Now our planet is experiencing a cold period, and the content of carbon dioxide in the atmosphere at the beginning of the industrial era just a century and a half ago was about 250 parts per million. However, in recent decades it has grown by more than 1.5 times and in 2016 it has made 405 parts per million. The speed of change is essential: if in the distant past climatic perturbations took millions of years, now they occur in front of two or three generations of people. 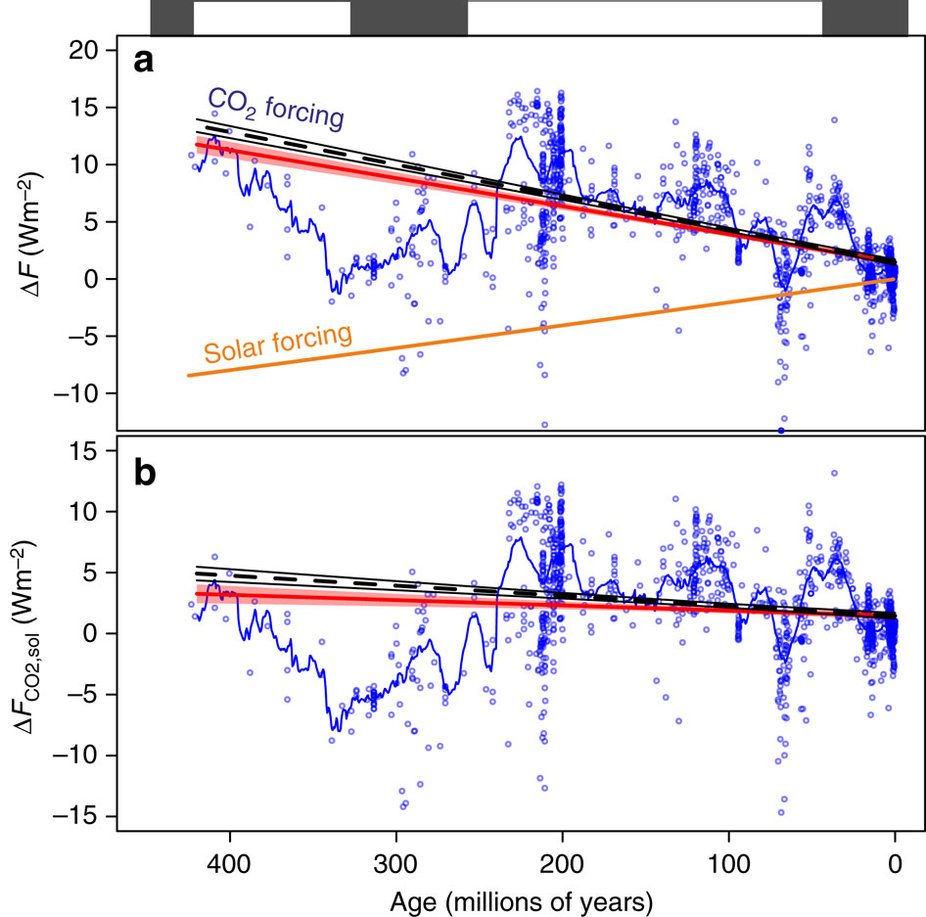 Change in the content of carbon dioxide and solar brightness. In the upper chart, blue circles denote individual samples of carbon dioxide, a continuous blue line-the average curve obtained from them. On the black “dot-dotted line” the black color indicates glaciation, white – the era of warming.

In addition to the carbon dioxide content in the atmosphere, other factors influence its temperature. “As a result of nuclear reactions in stars like our Sun, they become brighter over time,” adds co-author Dan Lunt, professor of climatology at the University of Bristol. “This means that although the carbon dioxide concentration was hundreds of millions of years ago and was high, the warming eventually turned out to be less. The CO2 level has been decreasing for a long time with an average speed of 3-4 ppm per million years. It’s not much, but it’s enough to compensate for the growth of solar heat. ”

If humanity continues to burn all available fuel, then, according to the authors of the paper, in 2250 the concentration of carbon dioxide will reach 2000 parts per million – the level observed on Earth in the Triassic period. Professor Foster adds: “But since then the sun shone dimmer, the total impact on the climate was less than what is going to happen now.” The effect can be completely unexpected and has no analogue in the history of the Earth.