The cyclone filled the most arid desert on Earth with water 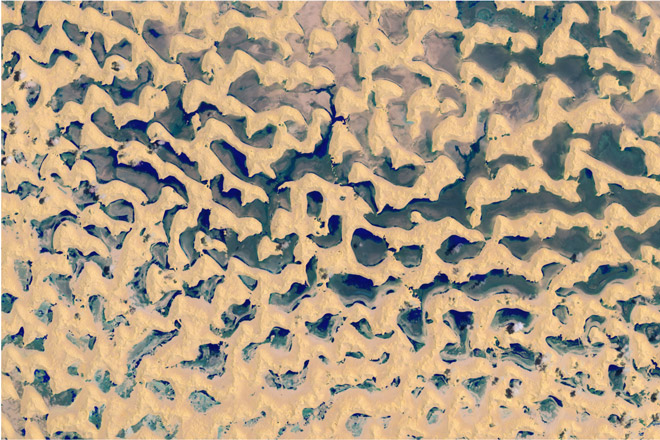 Covering the southern third of the Arabian Peninsula, the Rub-el-Khali desert is one of the largest in the world, and is also considered one of the driest places on the planet. However, this status in May of this year was temporarily changed after the tropical cyclone Mecunu fell on the region.

The OLI tool on Landsat 8 satellite made these pictures in false colors – they can see the eastern part of the desert in Saudi Arabia, near the border with Oman. False colors make it possible to distinguish between different types of rock and soil, and also to detect moisture.

The first picture was taken on May 29, 3 days after the Mecoon went to the coastline of Oman. On May 25-26, in the large port city of Salalah in Oman (located about 300 km to the south of this image), 278 millimeters of precipitation fell. This is more than twice the average annual rate.

“Mecunu” weakened after moving to the north-west, but still continued to “deliver” a large amount of water to the desert. It is worth paying attention to how the water gathers in the lowlands between the sand dunes. The second image was obtained on May 13 and represents a typically dry appearance of the dunes. Rain water rarely forms lakes in this part of the desert. Most of the landscape consists of sand dunes of all shapes and sizes with interspersed solonchaks. According to the media, in this desert an average of 3 cm of precipitation a year. It has been about 20 years since the last time the rainwater filled the salt plains. 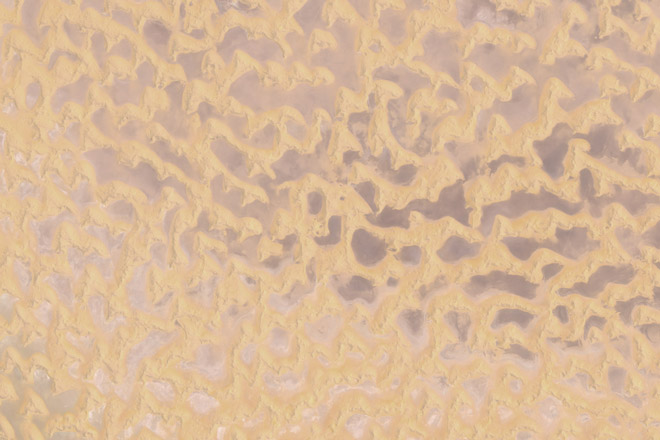 It is expected that this will lead to the appearance of summer vegetation, which will be a boon for camel owners who expect to feed animals with these plants for the next two years.