The dangers of hot weather 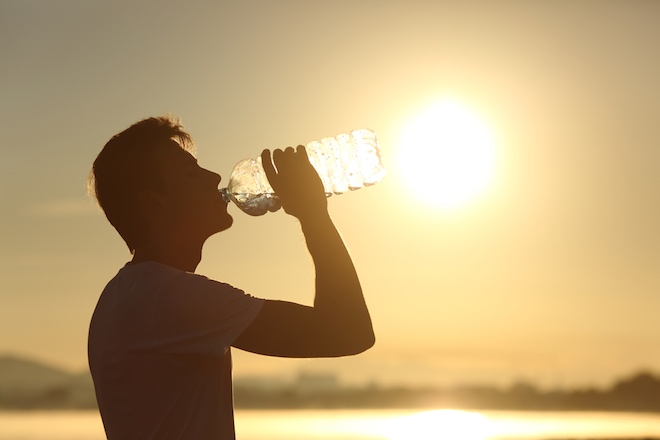 Walking under the scorching sun on a summer day or playing sports in an open area in the 30 degree heat, not to underestimate the threat of heat stroke and other serious impacts of high temperatures on humans.

Consider what is dangerous to humans extreme temperatures with a plus sign and what symptoms indicate the need for urgent medical care.

1. The body begins to behave unusually

Internal human body temperature is about 37 °C, and any fluctuations in this figure in either direction affect its condition. Changing the temperature just one degree can lead to disruptions in the fragile biochemistry of your body.

Many people think that long-term exposure to high temperature and humidity may cause overheating or heat stroke (which will be discussed below). However, there are other less known consequences.

Have you ever had muscle cramps on a very hot day, for example when lifting weights? It is highly likely that the cause was the temperature.
Even if you drink water to replenish its loss during sweating, you’re not getting enough electrolytes. The result is an imbalance of salts, causing cramps.
For people not accustomed to the heat, there is a risk of heat edema. To avoid overheating in your body dilate the blood vessels so the body tries to strengthen the impact of heat, with the result that blood accumulates in the ankles.

Even sweating can cause problems. When the pores become blocked due to excessive sweating, and weak evaporation, the skin appear red spots and tingling in these areas. This rash is called prickly heat.

According to the Center for control and prevention of diseases of the U.S. if you are exposed to high temperatures for an extended period, we risk to stop the process of sweating that will bring death in the form of heat stroke. However, before that, the heat still torment your head.

In 2014, the intense heat caused hallucinations canadian tennis player Frank Ganzevich. The player participated in the tournament the Australian Open in Melbourne, and when he was on the court during the debilitating heat, he began to think that he sees comic book characters.

“I felt dizzy from the middle of the first set and then I saw Snoopy and I thought, “wow, Snoopy! This is strange.” Then I lost consciousness and when I woke up, I was surrounded by a crowd of people”, — said Dancevic.

Confusion and dizziness are common effects of excessive exposure to high temperature. This is due to the increase in blood flow to the expanded blood vessels and loss of fluid through sweating.

Such conditions are especially dangerous to workers who by the nature of activity it is vital to maintain concentration. According to the Canadian centre for occupational health and safety (CCOHS), in a state of lethargy you begin to lose the ability to solve complex problems.

With regard to the loss of consciousness Dancevic, this case is called heat syncope, associated with a temporary decrease in blood flow in the brain, what happens when your body has lost a lot of fluid due to sweating and decreased blood pressure.

So far we have talked about relatively harmless symptoms of exposure to high temperatures, such as prickly heat or concentration of blood in the ankles. When your body has lost much fluid and salt that is no longer able to cope, there is heat exhaustion.

As the body temperature rises above the natural, difficult perspiration, thirst and dizziness increase, you feel more tired. There may be vomiting and diarrhea. Frequent muscle cramps, you will feel palpitations, tingling or numbness in the hands or feet. These symptoms do not necessarily have to occur all at once, so if any of them is cause for concern and the following actions.

to seek medical help and not be alone, until she arrives;
— go to a cooler, shaded area;
— to remove as many clothes, including socks and shoes;
— to cool the body using a water spray or wet wipes, apply ice to the head, face or neck;
— drink water, diluted juice or a sports drink.
It is better not to delay the implementation of these recommendations, otherwise you may be at risk of deadly heat stroke.

4. For heat exhaustion, heat stroke should

Doctors are being warned that heat stroke is no joke. If you suspect you have heat stroke, immediately call medical assistance.

In heat stroke the body temperature rises to 40 °C. It has some similarities with heat exhaustion and the most characteristic of its features are:

Heat stroke can occur by itself or be a consequence of not provided in a timely manner aid in heat exhaustion. As in the case of the latter, before the arrival of doctors the patient should be moved to a cool shaded area, remove a maximum of garment, to attach to the body a wet cloth or ice. However, unlike heat exhaustion, doctors do not recommend the thermal shock is to try to give a person to drink liquids.

Upon detection of these symptoms can not lose any minute. According to experts, the mortality rate from heat stroke is 10 %.

Emergency services during a long period of heat called to pay special attention to the condition of the elderly. According to Live Science, during the heat waves in Europe in 2003 many of the dead were elderly women who lived in poorly ventilated houses on the upper floors, where due to the convection constantly rising warm air.

According to the Center for control and prevention of diseases in USA because of the intense heat die each year more than 600 people. Heat waves of 1995 in Chicago claimed the lives of nearly 700 people, in addition, there were thousands of cases in the emergency Department.

Don’t underestimate the influence of the excessively warm weather person. Keep this in mind next time you want to go for a run in 30-degree heat.