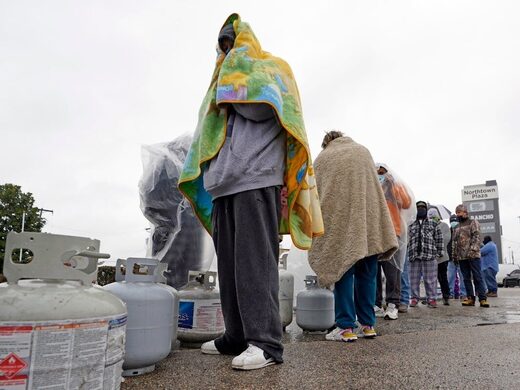 Many of the deaths recorded in Texas are associated with people trying to keep warm during record cold snaps.

The death toll continues to rise due to a historic cold snap that has plunged Texas and many other southern states into chaos, with news outlets reporting 35 deaths in many states due to cold weather and widespread power outages.

Most of the deaths occurred in Texas, where millions of residents lost power this week due to a state power outage. Deaths due to freezing weather this week have also been reported in Louisiana, Kentucky, North Carolina, and Missouri, according to several news reports.

According to the latest data, the death toll has already exceeded 35 people.

Many of the deaths are the result of people trying to keep warm. Earlier this week, temperatures in many regions reached minus 32 degrees.

The grandmother and three young children were found dead in a house fire early in the morning in Sugar Land, KHOU and others reported. According to reports, the family used the fireplace to keep warm during a power outage.

In Houston, a woman and an 8-year-old girl died from carbon monoxide poisoning. According to a Fox report, the man and 7-year-old boy survived, but the boy remained in critical condition at the hospital.

Another family of six in Harris County was hospitalized Monday night for carbon monoxide poisoning from using a charcoal grill to heat their apartment, Fox reported.

According to ABC-13, at least two similar incidents occurred in the Houston area at the end of the week. Six children and four adults were hospitalized in two separate incidents, in both cases, people used barbecues in their homes to keep warm.

Officials have long warned people about using household appliances such as ovens and stoves for heating. The risk of carbon monoxide poisoning is high and the appliances are not designed to heat rooms.

In Bexar County, a 78-year-old man was found dead outside his home earlier this week as a result of exposure to the cold, according to KSAT, officials said.

It is believed that two men who were found on a highway in the Houston area died from the cold.

There are signs that the death toll in east Texas could rise as the cold weather is expected to last until the weekend.

A medical examiner in Galveston County has requested a refrigerated truck to accommodate the expected spate of cold deaths there, ABC-13 reported.