The death toll from the earthquake in Indonesia reached 2091 people 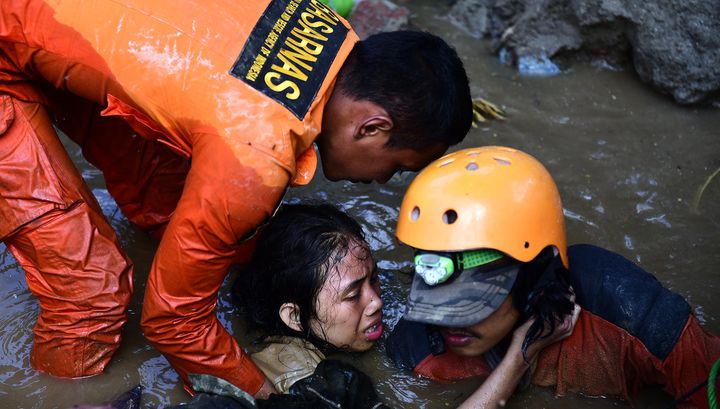 The official representative of the province of Central Sulawesi said that the death toll from the earthquake and tsunami on the Indonesian island has reached 2,091 people. According to him, in the process of parsing the rubble rescuers discover the dead.

According to the Agency for the Prevention of Natural Disasters, the total number of injured is more than 10.6 thousand people. A condition of over 2.5 thousand is estimated as severe. Over 680 people are reported missing.

In September, an earthquake of 7.4 magnitude occurred in the Indonesian province of Central Sulawesi. Later, more than 530 repeated shocks were recorded. This led to the emergence of a tsunami, the height of the waves during which amounted to 7 meters.