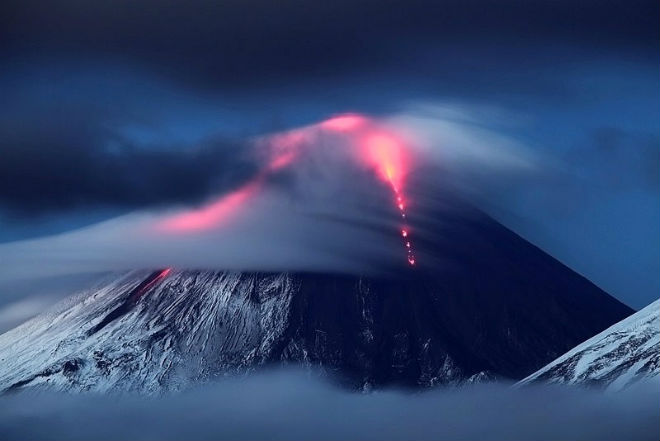 One of the highest active volcanoes in Eurasia – Klyuchevskaya Sopka on The Kamchatka threw a column of ash to a height of 6 km above sea level, this is the second release of the day reported in Kamchatka the branch of Geophysical service RAS.

“This event on the volcano occurred on Wednesday morning local time. About the height of the ash release to judge the video data”, – said the representative of the Russian Academy of Sciences.

He noted that ash plume stretches to the South-East of Klyuchevskaya the volcano, in the way of its distribution of settlements do not exist.

As reported, the eruption of the Klyuchevsky volcano in Kamchatka began on 3 APR. Since then, the volcano several times threw ash plumes by altitude up to 6 km above sea level, it flows down slope lava flow.

Klyuchevskaya Sopka (Klyuchevskoy volcano) is a stratovolcano on the current the East of Kamchatka, height – 4 thousand 850 meters, Is located 360 km from Petropavlovsk-Kamchatsky. Klyuchevskaya is one of the highest active volcanoes in Eurasia. Coming from Klyuchevskoy volcano inhabited
points – settlements Keys and Kozyrevsk, Ust-Kamchatsky district, located about 45 km away. the Previous explosive the eruption of Klyuchevskaya occurred from 1 January to 24 March of last year.