The drought in California 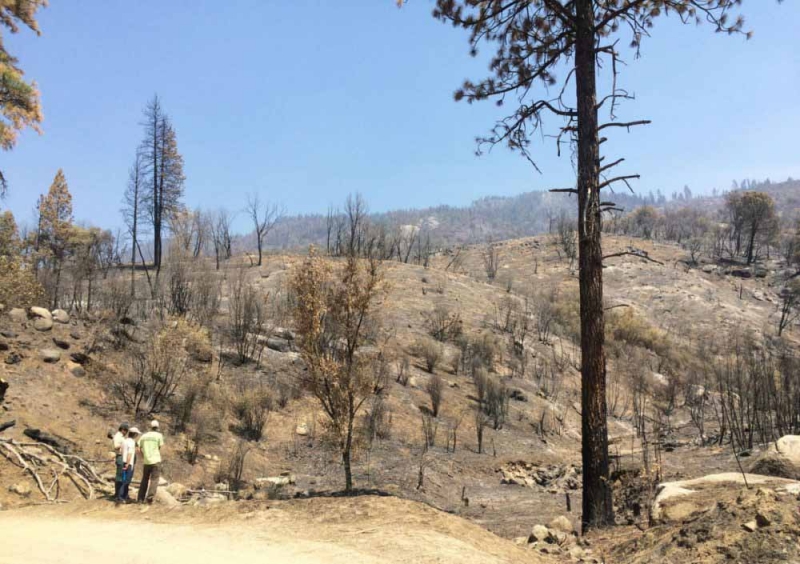 Since last year, the U.S. increases the number of trees killed by drought, epidemics of bark beetles and increased temperatures. It is projected that these factors will fuel the emergence of catastrophic forest fires, endangering people’s lives.

According to experts, US Forest service, 2010, killed 66 million trees in six regions of the Central and southern Sierra, the most affected by the epidemic. Officials flew over the affected areas, which shows how these dead spots turned into spots of rusty color. The death of trees from Tuolumne before the Core has grown by 65 percent since last estimates in October.

California is the fifth year of experiencing drought. Due to the depletion of trees become more vulnerable to insects. Governor Jerry brown in October announced a state of emergency in the region. Group was organized to find ways of eliminating diseased trees become a danger for drivers of scooters and the people living in the highlands. During this campaign had to face the obstacle in the form of forest fires, because California is among the potential fire regions. Brown had to burn the trees in special installations, it will help to get the biomass to the plant and to generate electricity.

The Minister of agriculture of the USA Tom Vilsack, who oversees the Forest service, said a catastrophic situation will not be corrected until you had sufficient funds to fight the drought not only by Forest management California, but until the issue will be resolved at the country level. He issued a call to action to Congress. “The loss of trees on this scale is unprecedented and increases the risk of catastrophic wildfires that threaten people and their property. We need to Finance the suppression of forest fires, as well as other actions in the country,” he said.

The U.S. forest service has allocated $ 32 million for the elimination of the epidemic in California, and the Federal budget — $ 11 million to buy Californian authorities special equipment for the destruction of diseased trees and wages for local workers.

Still, according to the Agency, 77 cut down thousands of trees that presented the greatest danger to the public. Teams from CalFire, Pacific Gas and Electric Co. also involved in the destruction of trees near campgrounds and along roads. For this purpose, chain saws and wood chippers.

Director of Sierra Club California Kathryn Phillips said that the death of trees from drought should be a signal for policymakers to take urgent measures and to reduce environmental pollution.