The Earth has not experienced such a warming 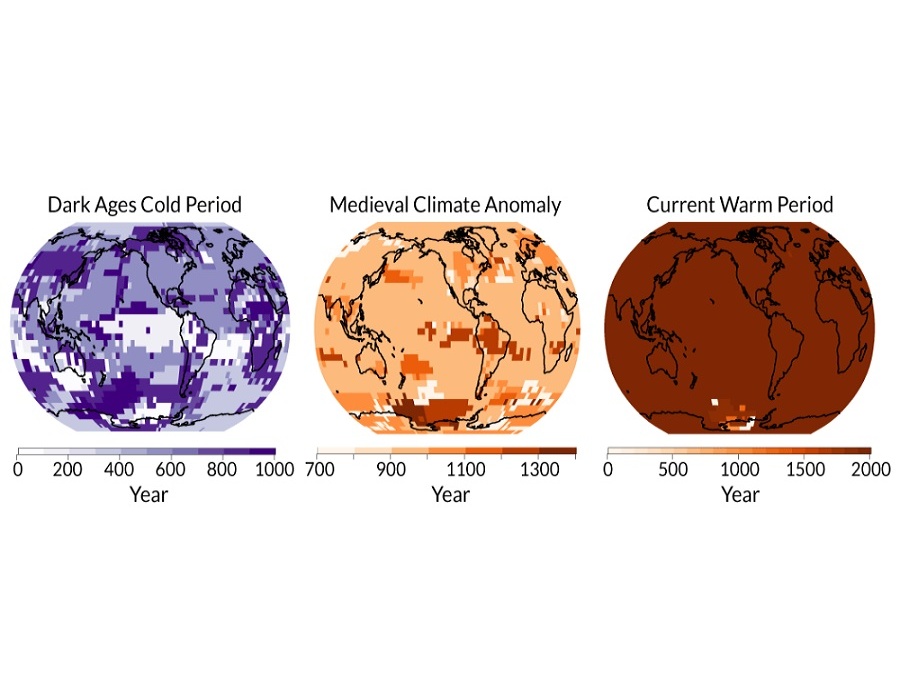 Scientists have proved that the current global warming is different from other climatic shifts occurring on the planet over the past 2000 years. The previous cooling and warming were not planetary, but regional, caused by natural forces. Whereas at the end of the 20th century (the 21st century has not been studied), the temperature of 98% of the Earth’s territory turned out to be the highest for the entire studied period. This almost universal warming is unique to the modern era.

Moreover, the speed with which the temperature rises today far exceeds any previous fluctuations. These fluctuations were caused mainly by natural causes, including powerful volcanic eruptions, and not by anthropogenic emissions of greenhouse gases. These are the conclusions voiced in three papers published in the journal Nature and Nature Geoscience, Science News reports.

Using all available sources and data, researchers from the University of Bern and other world scientific centers analyzed how the temperature on Earth has changed since the first year of our era. Further, international groups prepared more than 15,000 different climate reconstructions of past global changes. Then, the researchers studied the exact periods of warming and cooling of the four previously identified “climatic eras”: a warm “Roman” period – from about 1 to 300 years, a cold period of the Middle Ages from 400 to 800 years, a warm period from 800 to 1200 and Small Glacial the period from 1300 to 1850.

They found that those past climatic eras were not simultaneous global events spanning the entire planet. For example, during the Small Ice Age, the central and eastern parts of the Pacific Ocean reached a minimum temperature already in the 15th century, while the north-west of Europe and the southeast of North America cooled to a minimum two centuries later – to the 17th century.

The following study revealed what natural forces could stand behind huge regional temperature fluctuations, again, why did the Small Ice Age occur? It turned out that the main engine of such large-scale temperature fluctuations were powerful volcanic eruptions. The eruptions initially led to cooling and climate change, and then began a period of recovery when the planet warmed up again. This recovery coincided with the start of the industrial revolution, in which greenhouse gases became the main driver for modern global warming.

The authors of the works state that the research results do not “discover America”. But this time, different groups of scientists conducted independent analyzes and came to a consensus: modern global warming looks non-standard, temperature increases at the same time everywhere and its speed is higher than in previous millennia. In addition, this time, researchers have created unique models that can synthesize and reproduce temperatures of the last 2000 years.