The Earth passes to a new ice age 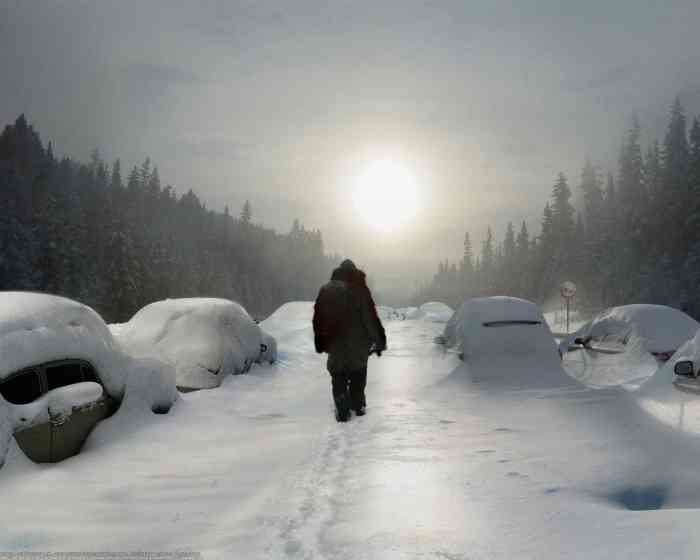 The Earth enters the cold 35-year cycle, during these transition periods, “certain features, drastic changes” are quite possible, says Vladimir Melnikov, the head of the Department of Cryosophy of Tyumen State University

One of the reasons for the emergence of unstable weather in the Russian regions was the transition of the Earth to a new glacial period. This opinion was expressed by academician of the Russian Academy of Sciences, scientific adviser of the Department of Cryosophy of Tyumen State University Vladimir Melnikov.

“I judge the changes in the experience of working with permafrost, so we link what is happening in the permafrost to what is happening in the atmosphere.” If we talk about the raging winds that not only in Moscow but also in Europe and in America, That our planet is now experiencing a transition period from one state to another.If we look at the warm and cold cycles of various periods of oscillation, then we live interglacial, having lived for about 10 thousand years, and remains about 1 thousand years before the new glacial Period, that is, we approximate To cool off, “- explained the academician of the Russian Academy of Sciences.

He added that the Earth is entering a cold 35-year cycle. In these transition periods, according to the scientist, it is possible “certain features, drastic changes.” “And now we are seeing what happened in Moscow, this is a rare phenomenon in air currents, I think that this is one of the manifestations of the transition period from warm to cold cycle, then gradually it will all fade away,” he said.

On the eve of Moscow and the suburbs survived the impact of the elements – squally wind poured trees, advertising structures, public transport stops, ripped off the roof. According to the latest data, 16 people were victims of the natural disaster (11 in Moscow and 5 in the Moscow region). More than 100 people are still staying in hospitals. In the capital, according to Mayor Sergei Sobyanin, the squall knocked 14,000 trees. Damage received 2 thousand cars, as well as roofs of 243 houses.

Hurricane wind with gusts up to 18 meters per second on May 29 caused a light outflow in about 5.6 thousand inhabitants of the Ryazan region. In the Vladimir region for the same reasons, without electricity, about 10 thousand people remained. In the Tula region, according to the information of the regional head of the Ministry of Emergencies, about 700 people remained in the region of the de-voltaic.