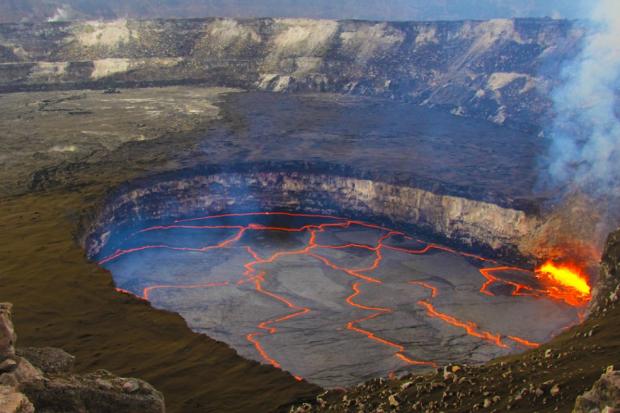 An earthquake of magnitude 5.5 was the result of a volcanic eruption, but the altitude of the recorded earthquake and earthquake, namely 1100 meters above the ground, indicates that the earthquake is a registered shock wave from the explosion.

The other day the US Geological Survey circling the caldera of the Kilauea volcano, discovered that one of the craters is covered with large cracks, which caused serious fears of an early explosion of this caldera. In all likelihood, this event happened.

What is happening is a dangerous signal that the eruption of the volcano does not subside, but on the contrary grows and the worst scenarios for the development of the situation can soon come to life.

These scenarios include a powerful explosion of the Kilauea volcano, which will actually destroy the Hawaiian Islands and cause a 300-meter wave of tsunami that will head towards the US coast.

It is worth noting that initially the magnitude of the tremors was higher, but was reduced to 5.5. About the epicenter of the earthquake while the information is different. the main blow lay at a depth of 1 km but there was also a shock wave after a powerful explosion in the caldera of the volcano. In any case, these events are interrelated.