The earthquake of the century can happen in Bangladesh 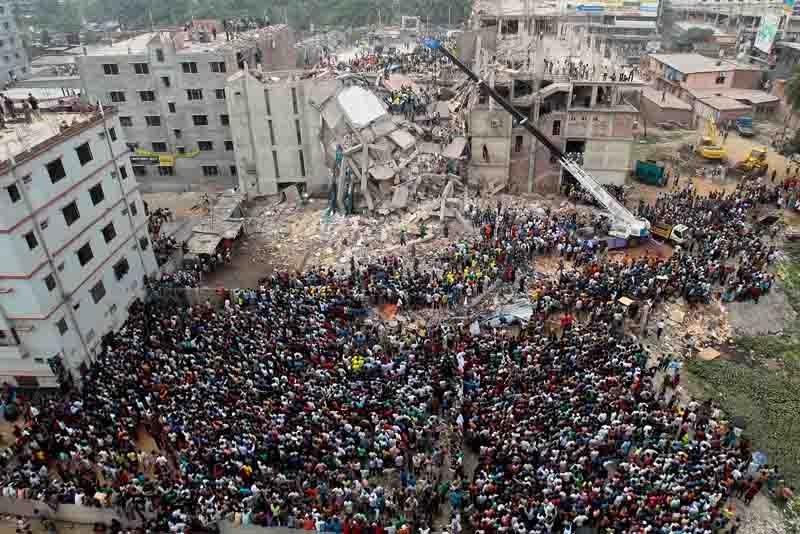 On the border between India, Bangladesh and Myanmar is particularly large tectonic stresses, the destruction of which would cause potentially the most powerful earthquake in the last century or even Millennium, say seismologists in an article published in the journal Nature Geoscience.

“Bangladesh is overpopulated in every sense of the word. All oil and gas rigs, heavy industries, power plants located near a potential earthquake epicenters, and they will all be destroyed by the first strong shocks. Dhaka, the capital of the country, will survive such destruction and turn into such a hell that it is likely to be completely abandoned and the population,” said Syed Akhter of Dhaka University.

Akhter and his colleagues found that throughout the southern Asia threatens large-scale natural disaster, studying the displacement of the Earth around the Himalayan mountains, where now face three major tectonic plates – the Sunda, Eurasian and Indo-Australian.

Using data of ground-based GPS sensors, satellite imagery and information from radar surveying aircraft, seismologists have discovered that the Indo-Australian plate, despite the opinion of some geologists, sinking under the Eurasian plate on the East side with a speed of 30-40 millimeters per year, which is much higher than expected. The plates move in the opposite direction: the Eurasian plate in the South-West, and the Indo-Australian and the North-East.
The earthquake off Sumatra in April of the split of the lithospheric plate in half

This creates on the border of India, Bangladesh and Myanmar special area of tectonic stress before such zone is only at the bottom of the ocean, where the face of a large lithospheric plate. Accumulation in the cleft of the potential energy and the pressure of the Indian plate from the bottom to the Eurasian may lead to megasellers.

As a rule, the longer the energy accumulates near faults, the stronger the earthquake. In the case of area found by Achter and his colleagues, this process lasted more than 400 years. It threatens the 8.2 magnitude earthquake, or even above 9 points. The stones, according to scientists, can jump up to 5.5 meters.

Fault lines, according to scientists, pass through the valleys of the rivers Brahmaputra and Ganges in an area of 250 by 250 kilometers, threatened Dhaka and a number of major cities in Bangladesh and India, according to the calculations Akhter and his colleagues — more than 140 million people.

It is unclear when this will happen cataclysm – it can happen as soon, and after 500 years or more. The researchers plan to make an expedition to one of the tectonic faults and to study it with radar, to give a more accurate forecast and assess the risk to residents of the region.