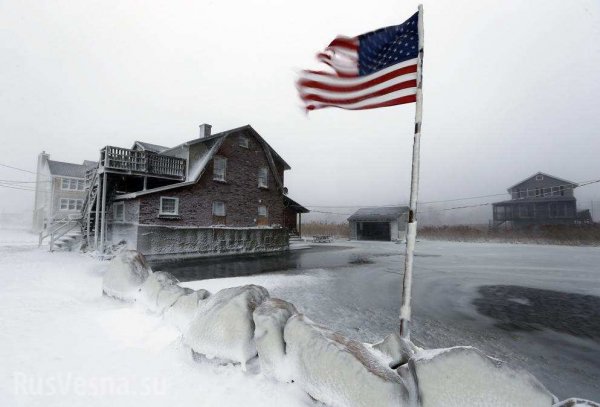 The UN headquarters in New York is closed due to heavy snowfall. It began in the north-east of the country, and now it threatens other regions. It is expected that the strongest storm will be held today, March 14.

In New York, more than 1,500 flights have already been canceled, and the state authorities announced the closure of all schools. Residents buy water, salt, food, as well as shovels, to clean the stairs and entrances from the snow. Citizens on the East Coast were called upon, if possible, not to use cars until road services cleared the snow. Power companies are preparing for possible accidents and breakdowns of power transmission lines. And in New Jersey on the beaches build sand fortifications to protect against storm waves and floods