The Ebeko volcano in the Northern Kuriles threw the ash cloud 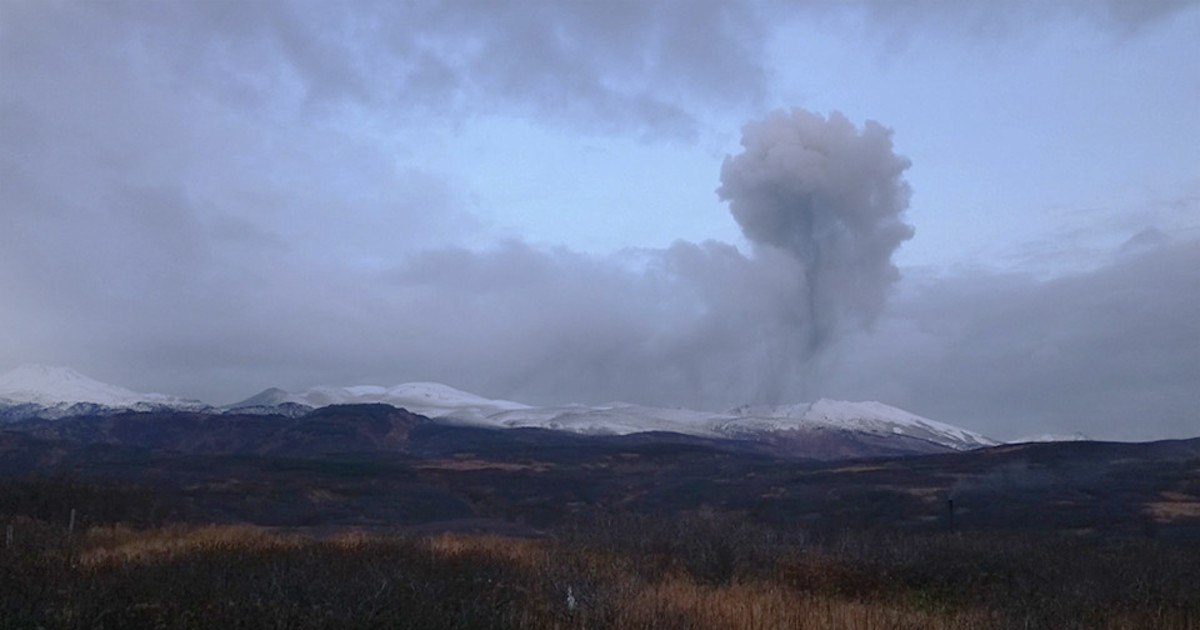 Ash cloud to a height of 1 m was thrown on Thursday morning the volcano Ebeko on Paramushir island (Northern Kuril Islands), according to the Kamchatka group volcanic eruption response (KVERT).

According to observers in Severo-Kurilsk, increased activity of the volcano. Gas-steam plumes containing ash rose to a height of 1 thousand meters, the plume stretches for 15 km on northeast from the volcano. Ash cloud could pose a hazard to low-flying aircraft.

In 2009 occurred the first phase of the eruption of the volcano Ebeko (1156 m), located 6 km from the town of Severo-Kurilsk, which lasted from 29 January to 18 June, and then the volcano calmed down, but this time it is high fumarole activity. In February 2010, scientists assumed that perhaps the volcano is preparing for the second eruption, as the thermal capacity of the thermal fields of the volcano was then 20 times above normal background values.

The last time the volcano erupted in 2012, then came a period of lull that lasted until the current ash emission.

The lava eruption of Ebeko unlikely, scientists believe, because this volcano belongs to the family of a damped volcanoes.

Danger to inhabitants of the North-Kurilsk can provide strong palapala polluting outdoor intake of the city and difficult breathing people, poisoning people volcanic gases, mudflows triggered by the eruption of the volcano. For aviation the threat of ash plumes Ebeko.

Over the last 2,400 years, lava flows from Ebeko was not observed. The volcano’s eruption is expressed in the constant emission of steam and volcanic gases above the crater with an admixture of ash.