The effects of heat in the UK on a satellite photo 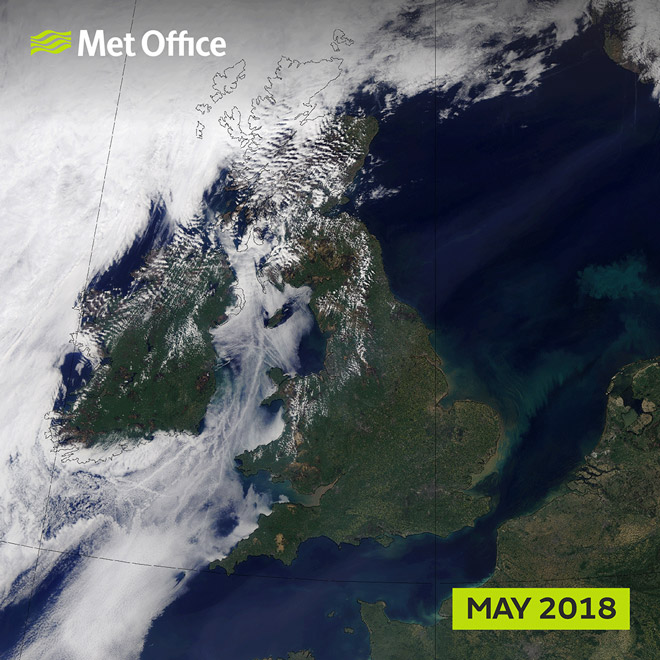 Usually the green meadows surrounding Buckingham Palace and most of the 176-year-old British open golf course of Carnoustie have turned yellow since May.

The lack of rain combined with an almost record heat in the first half of the summer led to this situation. The satellite images of the UK Meteorological Service illustrate how the area of ​​brown meadows is increasing. 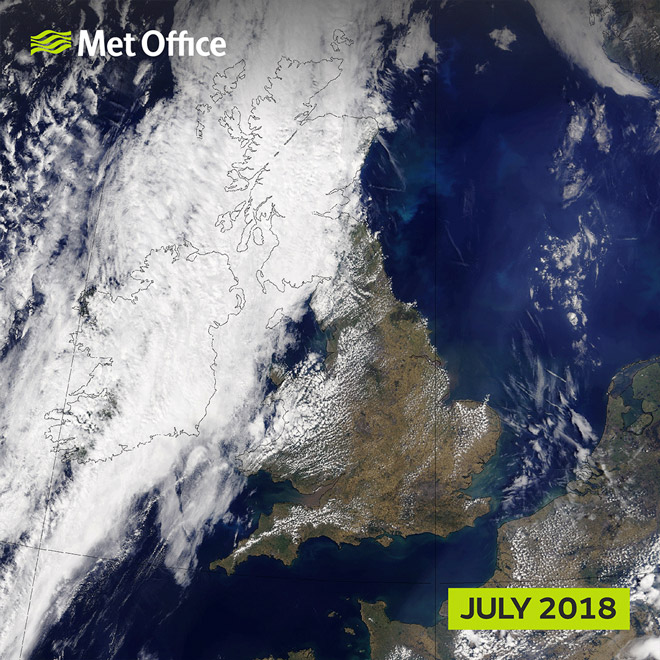 Not only the UK, but most of the planet – even the Arctic regions – have been hit by extreme heat waves in the last couple of weeks. In Siberia, the temperature reached 32.2 degrees Celsius, Scandinavia burns, and California is completely dry.

Waves of heat, say climatologists, have occurred and will always occur, regardless of whether climate change will be caused by a person or natural factors. But the planet has been heating up at an accelerated rate for 40 years, which makes the extreme heat more likely.

“Weather is not a climate, and extreme weather events can occur under unchanged climates,” says climatologist Keith Marvel, a climatologist at NASA’s Goddard Space Research Institute. “But we create conditions that make heat waves more likely.”

The summer of 2018 in the UK has every chance to break the record of the summer of 1995, which is the title of the dryest, explains meteorologist Alex Deacon. It is possible that this year will set a record of heat.

Although it is difficult to relate a particular weather event to climate change, thanks to improved measurements, scientists have been able to find the dependence of extreme weather events on climatic metamorphosis.

“We can quite reliably associate heat waves with climate change in many cases,” says Marvel. In 2003, scientists first discovered the relationship between anthropogenic climate change and the heat wave.

“It is likely that climate change has been responsible for many subsequent waves of heat,” adds Marvel.

It is not yet clear whether the current period of warmth waves in the UK has a clear “human footprint”, but it is fully correlated with the current trend of warming on Earth, both globally and in individual countries.