The epidemic of African plague in the Omsk region of Russia 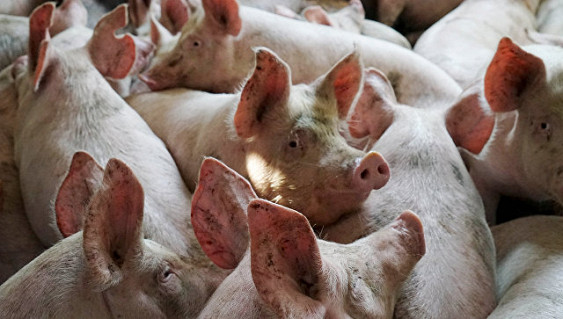 On the territory of the Omsk region, new foci of African swine fever have been found, the regional ministry of agriculture reports.

The village of Solonovka in the Tavrichesky district and the village of Uvalo-Yadrino in the Lubinsk district were caught in the center of infection, according to the ministry’s website. In the foci of infection, a detour of personal gardens is conducted, the pigs are kept in stock and places for their utilization are prepared. Currently, quarantine is established there.

As of July 24, 3125 pigs were alienated in the region, about 192 tons of pork in live weight. “All services are being carried out, roadside cafes, places of unauthorized trade are still being checked, raids are conducted on municipal municipal markets in every district of the city,” the report said.

The regime of emergencies due to African swine fever was introduced in the Omsk region last week. Then it was reported that about 2,000 pigs in the personal subsidiary farms of the region were destroyed.

Recall that yesterday in connection with the situation in the Omsk region, the Governor of the Novosibirsk region Vladimir Gorodetsky instructed to take measures to prevent contamination in the region:

“In a week it is necessary to work out the whole complex of measures, no matter how complex they may be and whatever the economic costs they require. We will incur much greater expenses in case of introduction of quarantine and destruction of a livestock and production ». According to the regional government, it is planned to introduce a quarantine zone not only with the Omsk region, but also with Kazakhstan.