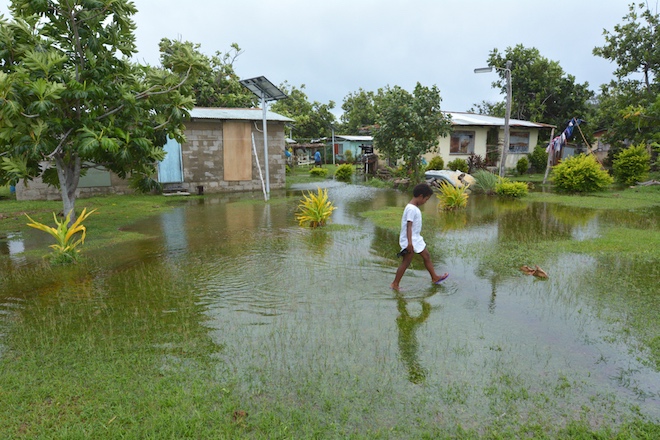 Located in the southern Pacific Ocean, the Fiji archipelago has entered a “frightening era” of extreme weather conditions, “the country’s prime minister said after four people were killed as a result of the cyclone’s impact.

Wooreke Bainimarama said, Fijians are forced to “fight for survival”, because as a result of climate change, they are almost constantly suffering from devastating tropical cyclones.

On Sunday, the Josy cyclone passed Fiji, but along with the storm came heavy rains, strong winds and floods, seriously damaged the houses of local residents, shops and vehicles on Viti Levu, the main island of the archipelago.

More than a thousand people remain in evacuation centers because of the consequences of the cyclone. According to Mr. Bainimaram, climate change has led to the fact that natural disasters in Fiji are getting fiercer and more frequent.

For example, the Winston cyclone in 2016, which became the most powerful in the southern hemisphere during the entire time of observation, killed 40 people, while another 40,000 houses in the Fiji islands were damaged or destroyed as a result of a cyclone-induced landslide. Cyclone was awarded the 5th category; gusts of wind at a speed of 175 km / h were kept for 10 minutes. At the same time, a record wind force of 306 km / h was recorded.

Strong storms often fell on Fiji in the past. The strongest among those that preceded Winston was the “Evan” cyclone in 2012, without casualties. The most deadly was the cyclone “Meli” in 1979, which killed 53 people.

“We are in almost constant danger of natural disasters,” Bainimarama said on Tuesday. Changes in the climate “exacerbated” the danger, the politician added and urged governments around the world to reduce carbon emissions.

“We are obliged to bring to the whole world the need to face the threat face to face. As a nation, we will stand firm against the awesome era that has come to us. We will fight for survival. We are in constant danger, “Bainimarama said.

He called upon the countries of the world to stop the temperature rise on Earth, as required by the Paris Agreement.

“This is the only way to prevent a worldwide catastrophe, especially dangerous for vulnerable nations, like ours,” added Bainimarama.

The politician also mentioned the results of a study conducted by the World Bank and the authorities of Fiji. According to him, the annual losses that Fiji sustains as a result of the strikes of the elements can make up 6.5 percent of the country’s economy by 2050.