The eruption of a volcano in Costa Rica 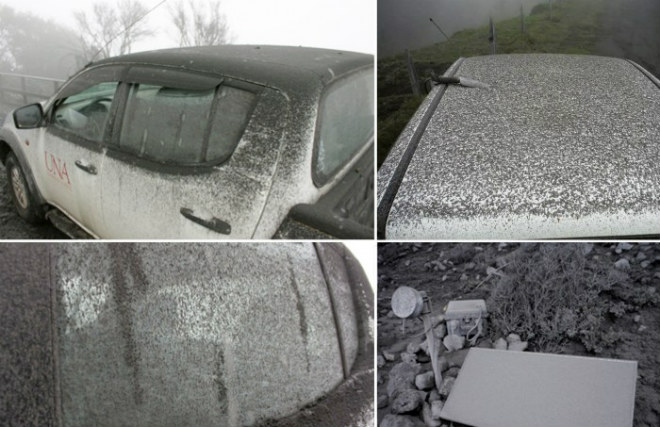 The eruption of ash, rocks and gases, which began on Friday on the volcano Turrialba, lasted almost continuously on Monday afternoon. The volcano, located about 60 kilometers northeast from San Jose, made two explosions with ash emissions to a height of over 3 km on Friday. The height of the ash column on Monday reached 2.5 km away.

The volcano raged for over 75 hours, with only short periods of calm.
Ash from the explosion at the Turrialba volcano has caused a power outage in the area at 5 kilometers from the mountain. The national Commission for emergency situations of the country on Sunday banned the access to the volcano within a 2 km radius of the ash falls was noted in communities throughout the Central valley, which includes the provinces of San josé, Cartago, Heredia and Alajuela, etc.

Due to the giant eruption affected about 20 dairy farms and about 2 million animals. The milk production in the region was reduced by at least 15 % in recent days because of the constant ash falls. The staff of the Ministry conduct inspections to assess the influence of fly ash on agricultural crops. According to preliminary data, the ash from the Turrialba volcano has affected approximately 55 % of the crop in the region.