The eruption of Agung volcano began in Indonesia 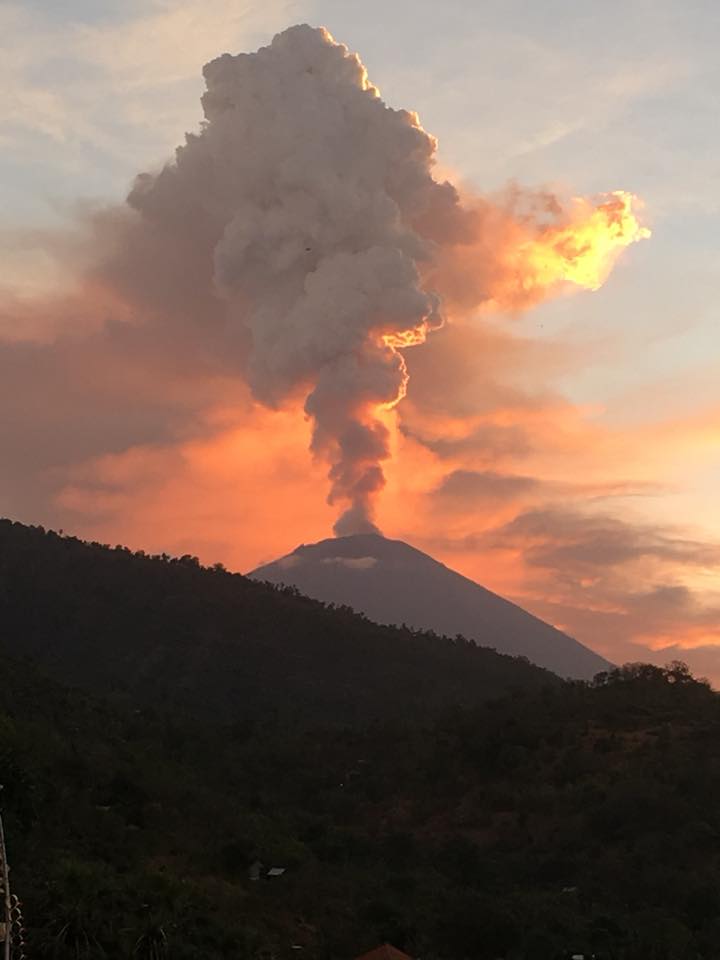 The eruption of Agung volcano occurred on June 28, 2018. The day began with a weak but steady vapor and smoke coming out of the crater. Between 06:00 and 18:00, 57 explosions were recorded.

After sunset in the crater there is a constant glow, indicating the flow of fresh lava. There are reports that ashes, earth and stones begin to fly out of the crater.

The risk of a powerful explosion begins to increase. The status of Agunga remains at Level III with a 4-kilometer restricted area around the crater.

More than 300 people were evacuated on June 28. Many other communities are preparing to evacuate after the eerie sounds emanating from inside the volcano all day. Communities that live higher on the slopes of the volcanic peak are beginning to descend.