The eruption of Agung volcano can cause global cooling 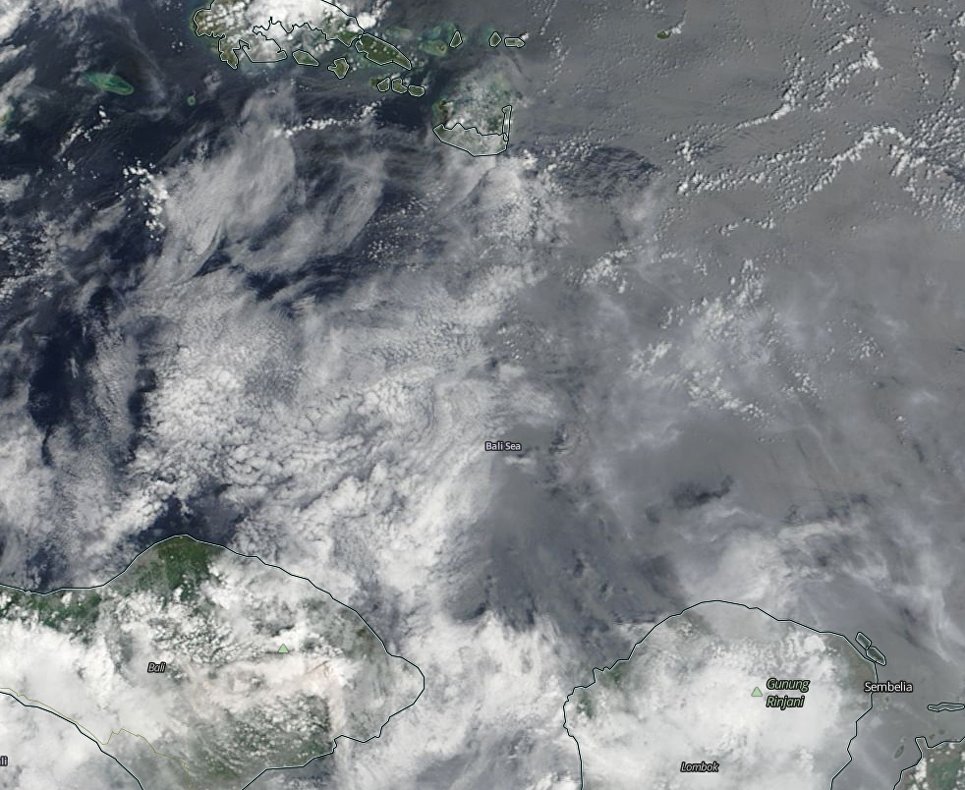 NASA’s climatic satellite cameras received the first photos of a giant ash cloud over the island of Bali, which was ejected yesterday by the Agung volcano, a few kilometers above the Earth’s surface.

Volcano Agung is one of the largest layered volcanoes in the tropical part of Asia, and it is known to scientists for its infrequent, but very powerful eruptions. The last time Agung “woke up” in 1963, and his eruption led to the death of about a thousand residents of Bali, as well as a series of dramatic climate change.

The powerful eruption of Agunga, according to current forecasts of climatologists, can “slow down” global warming by about 5 years and temporarily cause a slight cooling. It is not yet clear whether the situation will develop according to a similar scenario or the eruption will be more modest.

The first eruption of this volcano occurred a week ago, on November 21, and the second eruption occurred last weekend. It was accompanied by the release of a large amount of ash and gas into the atmosphere. Satellites of NASA recorded the birth of a huge cloud of ash on Wednesday morning, November 29, and now it covers almost the entire territory of the sea separating Bali and Kangin Island, located north of the resort.

On Monday, the Indonesian government raised the level of danger to a maximum and began evacuation of people living 10 kilometers from the volcano. Airports of the island were closed several times and opened, and today, as the National Agency of Indonesia for Combating Natural Disasters reported, they were again closed for all flights until the end of the day.