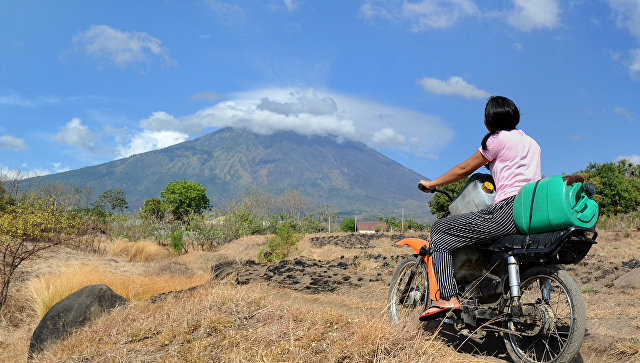 The rapid eruption of the Agung volcano in Bali will lower the average annual temperature on Earth by about 0.2 degrees Celsius in the next five years and temporarily slow down, but will not stop global warming, writes Zeke Hausfather, an American climatologist at the University of California at Berkeley.

“It should be borne in mind that these forecasts are based on the assumption that the El Niño phenomenon will be in a” neutral “state.If El Niño is in the” negative “phase, La Niña, then the temperatures will drop by 0.4 degrees, and if it is in the “positive” phase, then the traces of cooling will be almost invisible, “- said the scientist.

Volcano Agung is one of the largest layered volcanoes in the tropical part of Asia, and it is known to scientists for its infrequent, but very powerful eruptions. The last time Agung “woke up” in 1963, and his eruption led to the death of about a thousand inhabitants of the island, as well as a series of sudden climate change.

According to Hausfather, based on the data on the past cataclysm in Bali, this eruption will lead to a significant slowdown in global warming in 2018-2023, if other climatic factors favor this.

If Agung’s eruption is stronger, then the consequences from this will be more noticeable, but the duration of this “global cooling”, according to the climatologist, will be about the same, since the aerosols thrown by the volcano will settle on the ground in about the same time. With a more modest eruption scale, its climatic consequences will be minimal, and the current course of global warming will not change.

In general, if the eruption occurs in 2018 and will be similar to the previous episode of Agung’s awakening, then global warming will be temporarily “discarded” by about four years. In other words, the average temperatures next year will be equivalent to those that dominated the Earth in 2014. In 2023, this effect will disappear, and global warming will resume its previous course.