The eruption of Agung volcano on the island of Bali 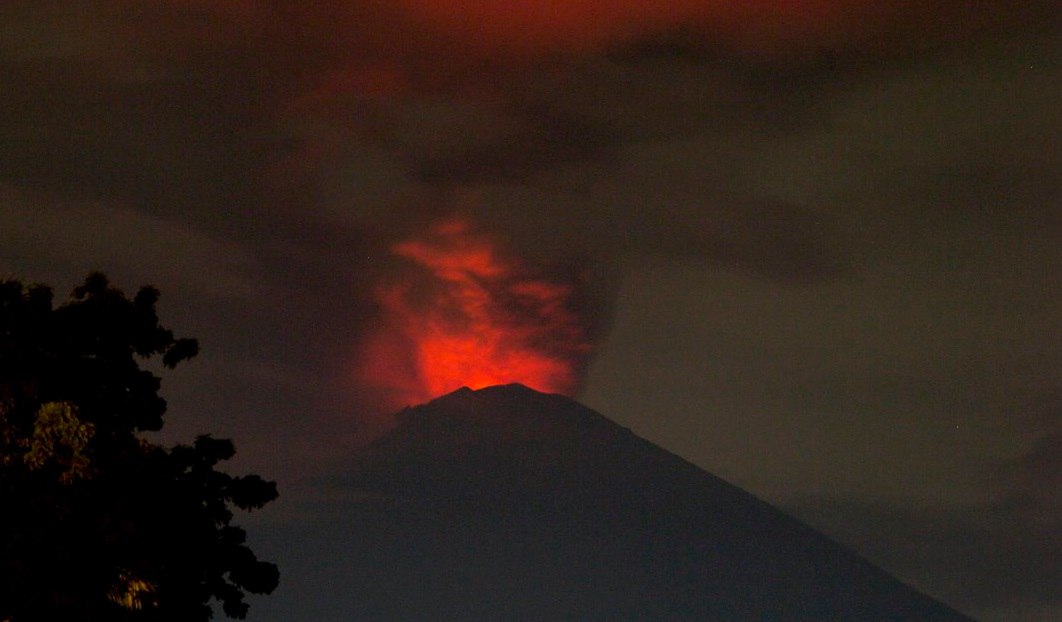 The Indonesian authorities prolonged for another day the order to close the Ngurah Rai International Airport in Bali because of the threat from volcanic ash after the eruption of the Agung volcano, the airport administration said in a statement.

On Sunday, the second eruption of Agung volcano occurred a week, the column of smoke rose several thousand meters. The authorities of the country introduced a red level of threat to air transport and were forced to close airports in Bali and Lombok. On Monday, the authorities resumed the work of the international airport on Lombok and temporarily closed the Ngurah Rai International Airport in Bali until 02.00 Moscow time on Tuesday.

“We inform you that due to the volcanic ash from the volcano Agung … in Bali, Indonesia, Ngurah-rai airport will be closed from 02.11 on November 28 (21.11 Moscow time on Monday) to 07.00 on November 29 (02.00 Moscow time),” the statement said. It is noted that all flights at the airport have been canceled until further orders.

Earlier it was reported that the ash cloud is now moving at a speed of 18 kilometers per hour to the east and southeast of the volcano crater over the island of Bali and the western and central regions of the island of Lombok.