The eruption of Etna from the ISS 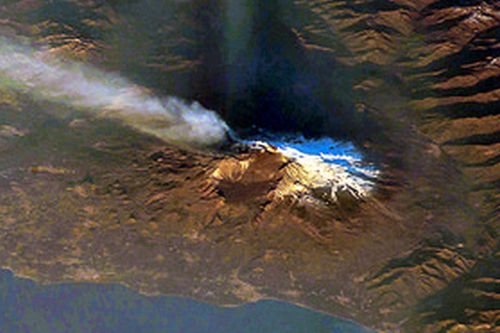 The crew of the International Space Station observed a volcanic eruption in February-March 2017.

Mount Etna, located on the island of Sicily in Italy, is the most active volcano in Europe. And he was extremely active since the end of February 2017. The volcanic eruption was observed by members of the 50th acting expedition of the ISS from the side of the orbital station.

Being in near-earth orbit, the astronauts were able to take several photographs of the erupting volcano Etna. Below is an amazing image of a volcano made on March 17, 2017. It was made from the ISS. After a slight correction of the colors and contrast in the Photoshop editor, the astronauts presented a photo on the official website of NASA. 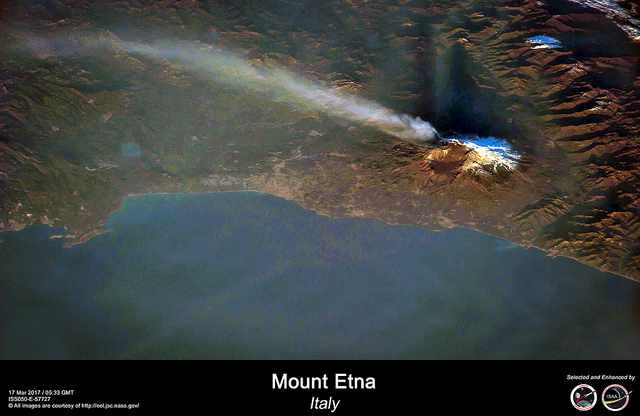 On March 19, European astronaut Thomas Pesquette took another photo of Mount Etna and also presented it for public viewing.

Scientists believe that the volcano Etna has been active for over 500,000 years. 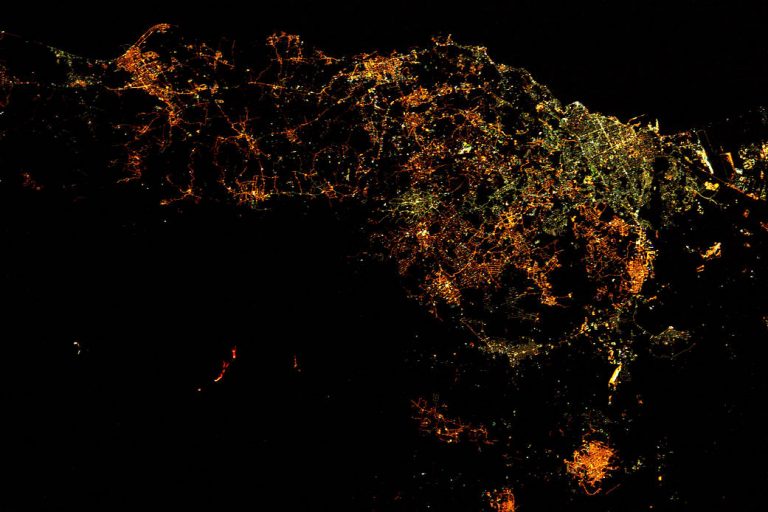