The eruption of Guatemalan volcano Fuego 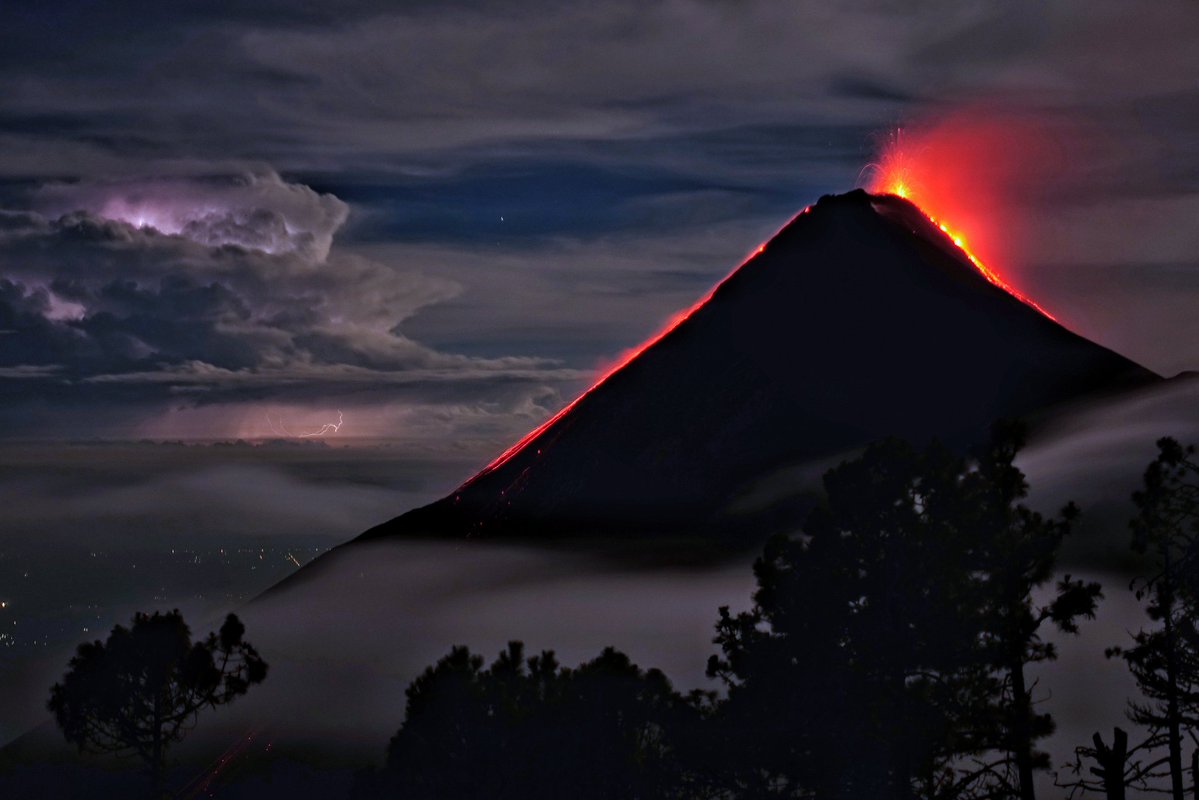 Guatemalan volcano Fuego woke up in July. He spat with ash and lava and shook the earth around him for several days, and eventually exploded on July 11, the sixth time in 2017.

Brad Gay, 22, visited Guatemala on July 9th. He woke up and felt how “the ground under his tent is shaking, and somewhere nearby rumbles with periodic loud explosions.” Gay broke the tent on another volcano called Akatenango, which is 2.4 km from Fuego, when the latter began to erupt. He took a snapshot of the eruption, which shows how the volcano “pierces” the cloudy sky with a stream of lava.

“Lava” shot “300 meters into the air and poured down the slope of the volcano,” says Gay. “The volcano also threw hot boulders, the size of a car, which was a very incredible sight.”

“It was amazing,” says Gay. – I assumed that the volcano would throw a little lava in a few minutes, if we are lucky, that’s all. I absolutely did not expect that it would erupt for hours on end. ”

Guatemalan Fernando de Dios, 24, posted a video of the volcano after he and his friends went on a campaign on Fuego on Sunday.

They were about 650 meters from the active cone, when Dios shot a black ash on the video, which climbed to the sky with clubs.

According to the Global Volcanism Program at the Smithsonian Institution, the activity of the Fuego volcano can be traced back to 1524, when it exploded for at least a month. The volcano was active only recently – on June 18. Then its eruptions produced jets of ash that rose to a height of 950 meters above the crater.