The eruption of Le Havre became the strongest among underwater volcanoes 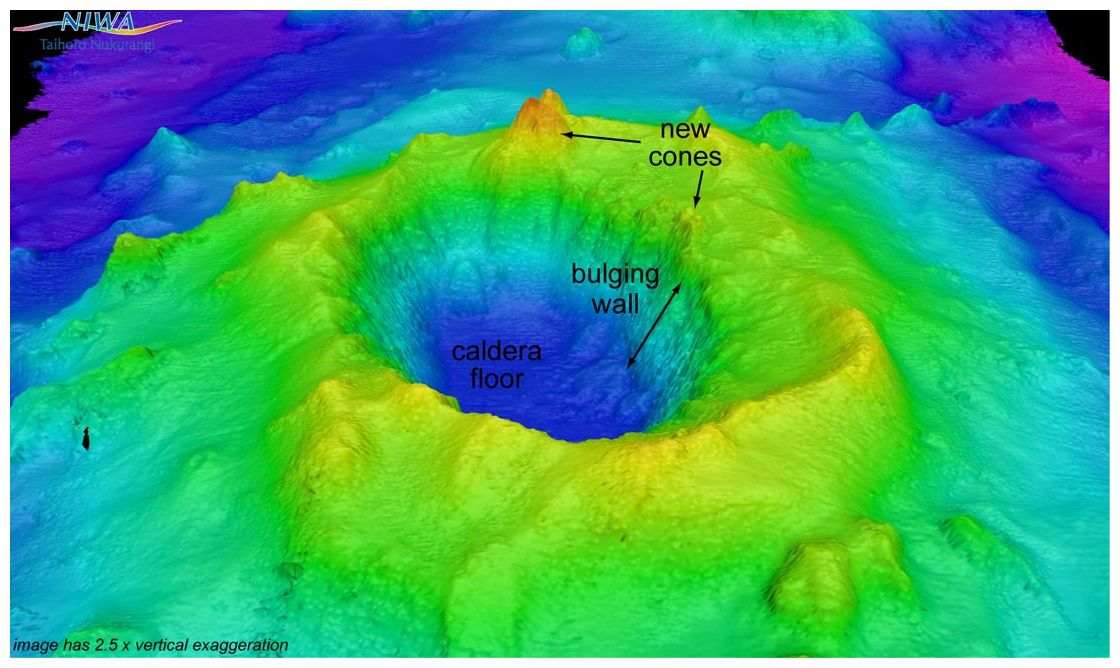 Volcanologists at the University of Tasmania described a large eruption of the underwater volcano Navre Seamount, which occurred in 2012 and is estimated to have become the strongest in its class over the last hundred years.

The eruption at first went unnoticed for scientists, but soon volcanologists discovered a large floating island of pumice (porous volcanic rock) off the coast of New Zealand with an area of ​​up to 26 thousand square kilometers. The thickness of education reached 3.5 meters. Three months after the eruption, the mass split into specific pieces of rock, some of which sank to the seabed, while others were nailed to the shores of the islands of Tonga, New Zealand and Australia. 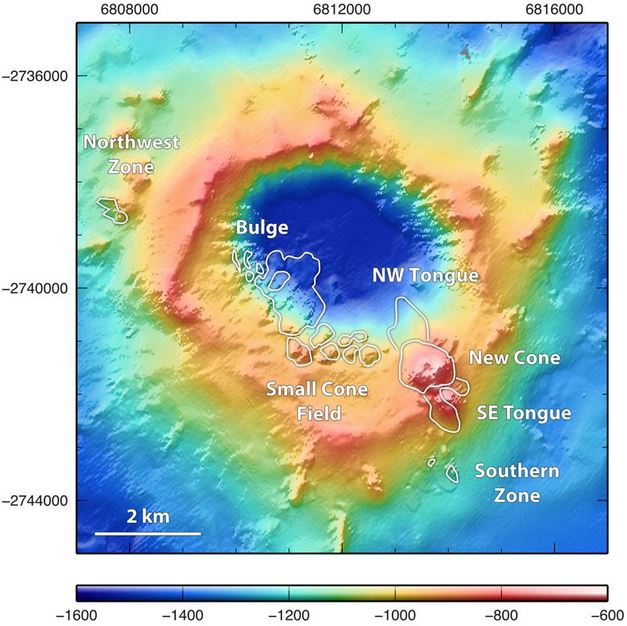 Scientists have determined the course and power of volcanic activity, having studied the place of the eruption with the help of an autonomous uninhabited underwater vehicle. At a depth of 1220 meters, a 4.5-kilometer caldera was discovered – a large basin formed when the upper part of the volcano collapsed inwards. At the bottom of the caldera there were up to 14 holes through which lava, ash and pumice were emitted.

During the whole history of observations, the eruption of Le Havre became the strongest among underwater volcanoes. At the same time, according to the researchers, it was 1.5 times more powerful than the explosion of the terrestrial volcano St. Helens in 1980, the strength of which is estimated at five points out of eight according to the VEI volcanic activity scale.