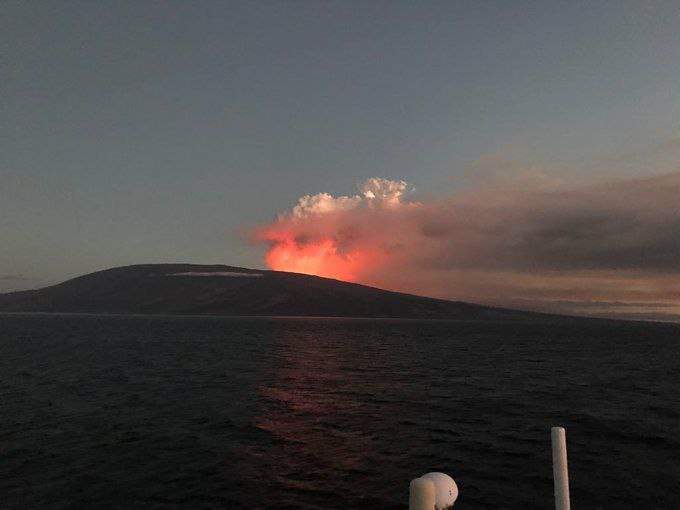 On September 4, the eruption of the La Cumbre volcano on the island of Fernandina in the Galapagos Islands (Ecuador) began.

Fernandina is the third-largest and youngest geologically island of the Galapagos Islands. The island is a thyroid volcano formed under the influence of the Galapagos hot spot. The last eruption of this volcano began on April 12, 2009.

Before that, he woke up in 2005. The island is relatively symmetrical, with the main volcano of La Cumbre in the center, but on its southern edge is the secondary crater of the volcano. Fernandina is the westernmost island of the archipelago, named after King Ferdinand II of Aragon, who supported the expedition of Christopher Columbus. 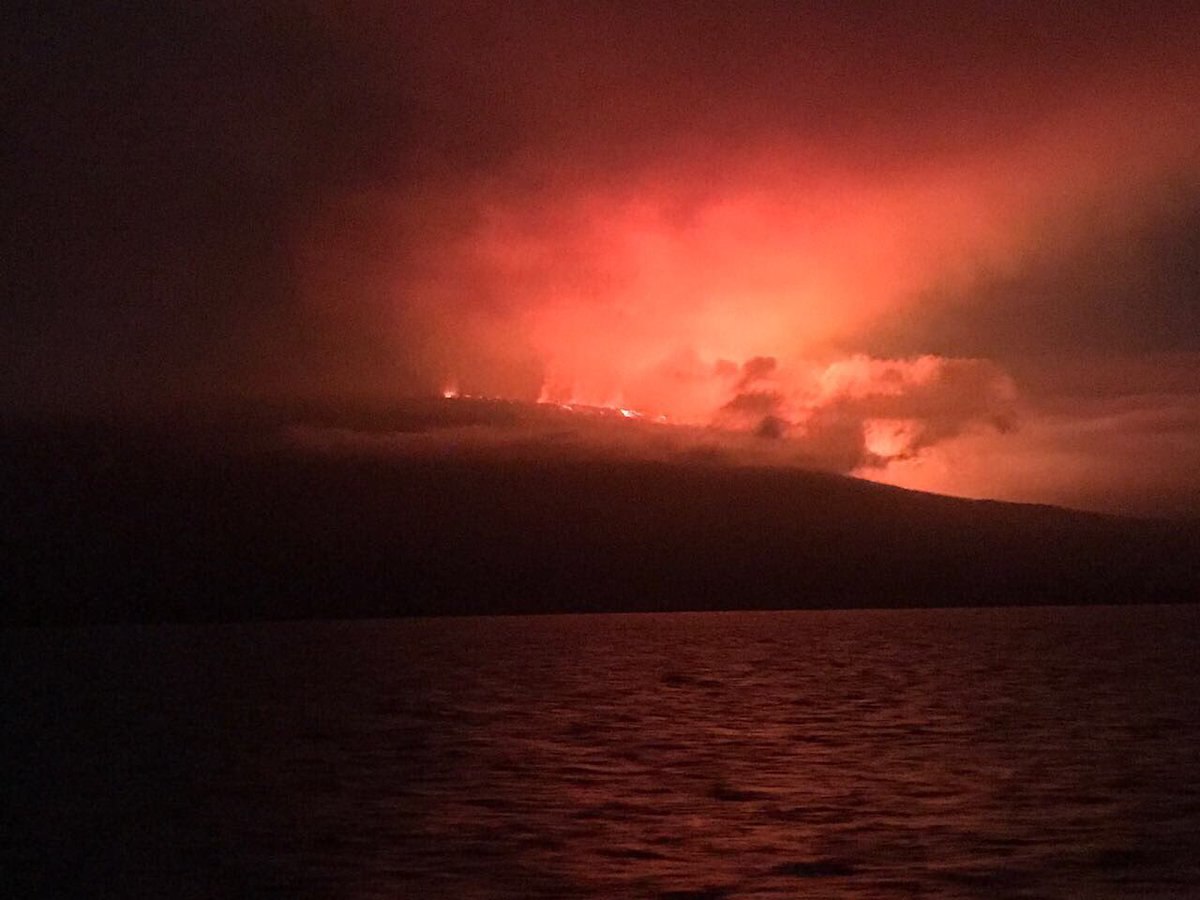 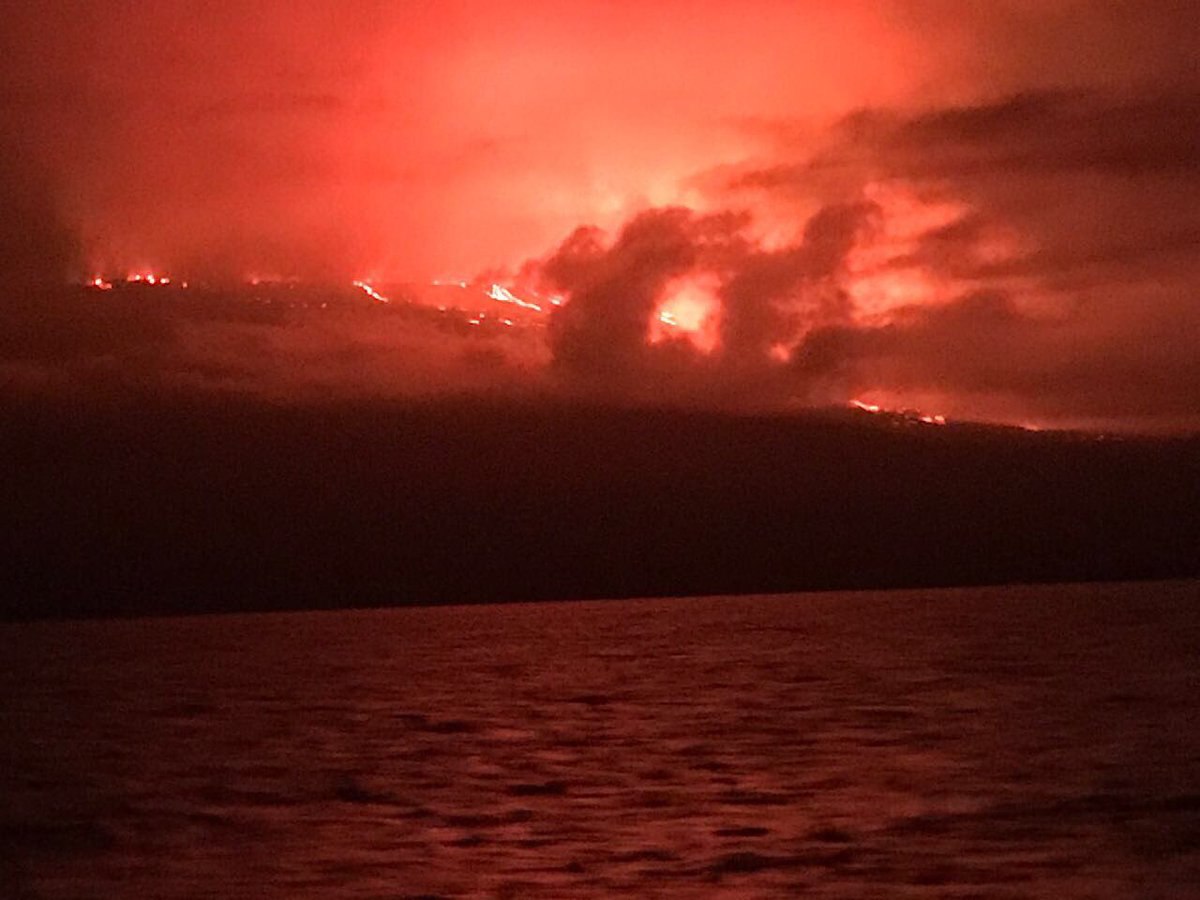 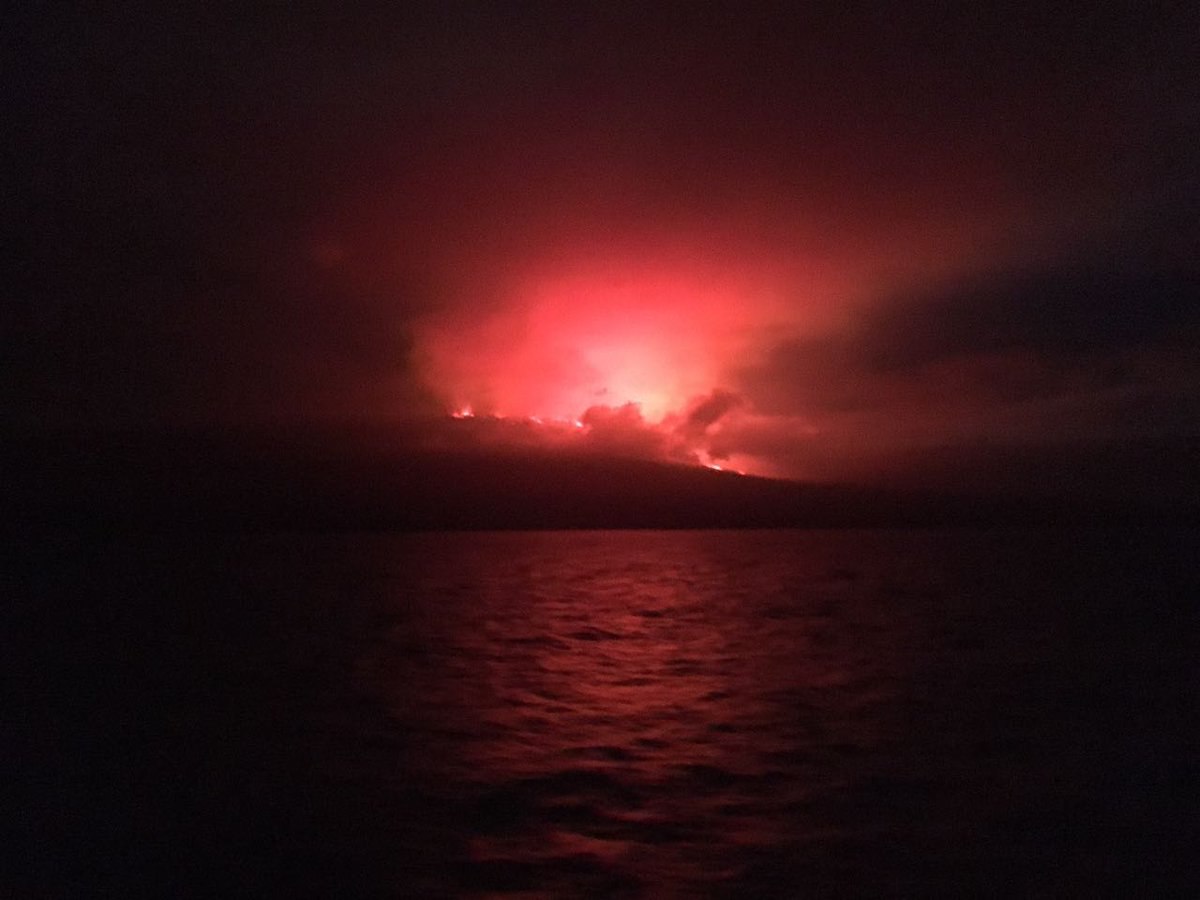 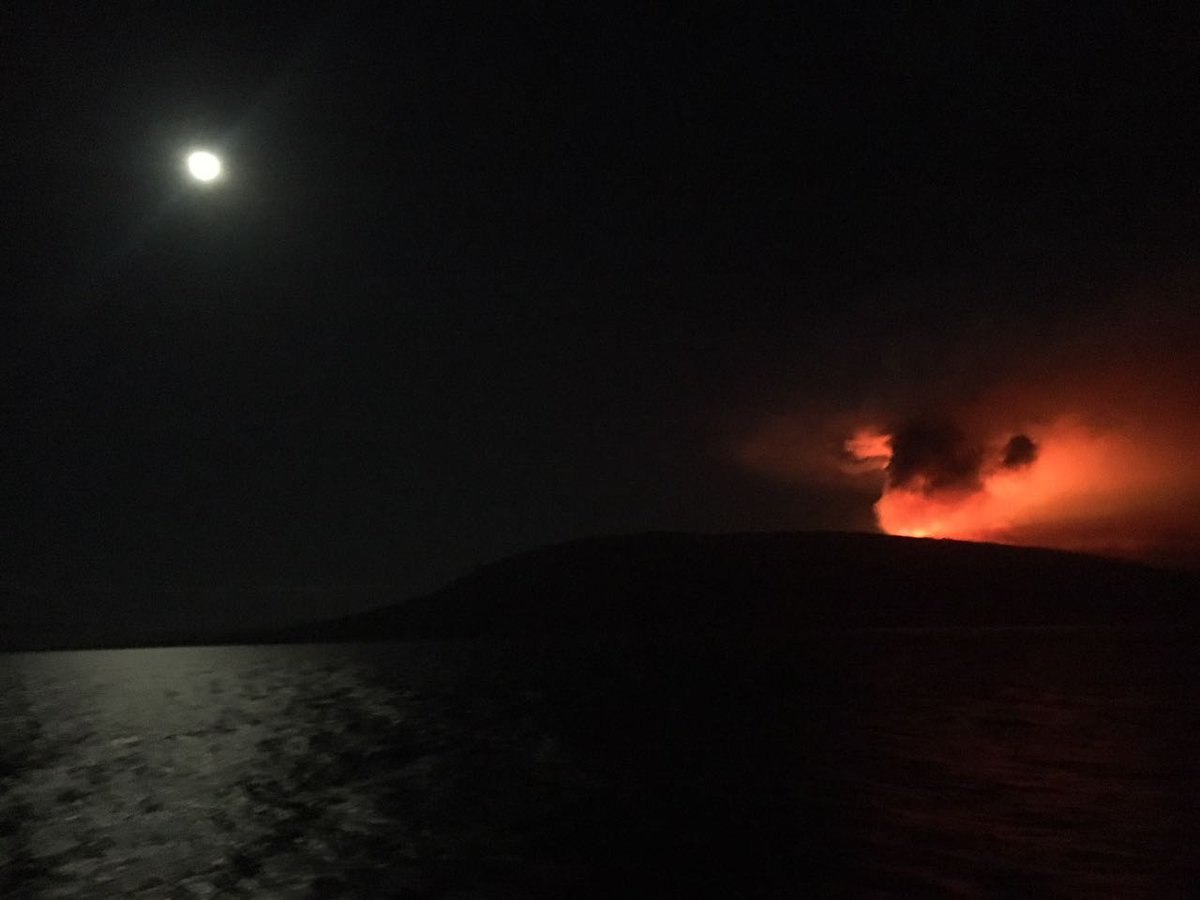 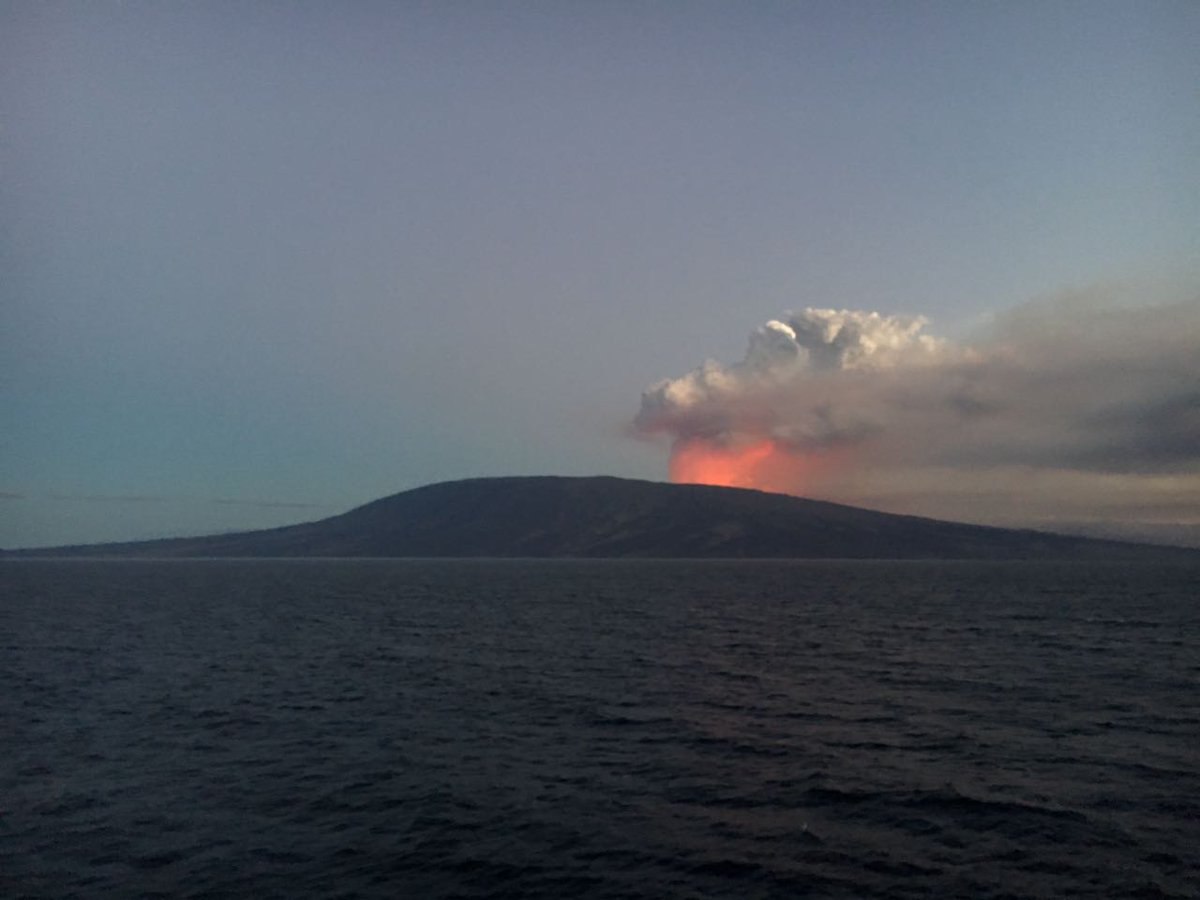 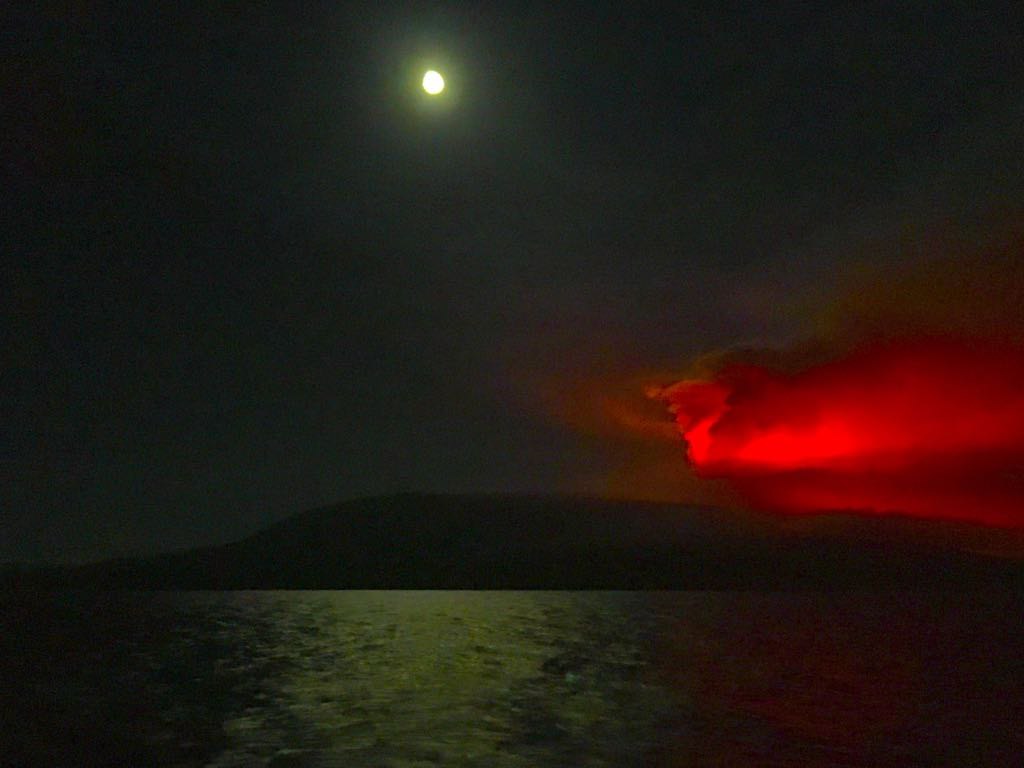 The island of Fernandina has an area of ​​642.48 km², a maximum height of 1476 m and a caldera in the center of about 6.5 km. The caldera was formed as a result of the collapse of the surface in 1968, when the central part of the caldera fell 350 m. Sometimes a temporary lake forms on its bottom, most recently in 1988. Visitors to the island are not allowed to the caldera because of the insecurity of such an excursion.

Because of the volcanic activity on the island is not very much vegetation. Its surface is mostly gray, except for mangroves on the coast. On Punta Espinosa there is a large number of marine iguanas. Also here there are flightless cormorants, Galapagos penguins, pelicans and sea lions.