The eruption of the Mountains of the Gods is inevitable 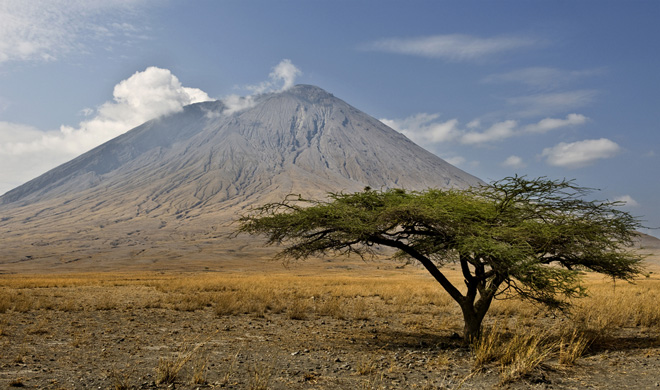 The strongest eruption of the Mountains of the Gods, a volcano in Tanzania, is inevitable. And it can erase the key places of human history from the face of the Earth, scientists warn.

Also known as Ol-Doinho-Lengai, the 2331-meter-high volcano is 110 kilometers from the place where the traces left by our ancestors were found 3.6 million years ago. And not far from the volcano there is a place where scientists discovered 400 footprints of human age 19 thousand years old.

Researchers studying soil vibrations in the vicinity of the volcano warn that it can explode at any second, destroying priceless places forever.

Volcano Ol-Doinho-Lengai, which the Masai call the Mountain of the Gods, rises above the southern shore of Lake Natron in the village of Engare-Sero. The researchers placed five sensors around the volcano in 2016 to monitor its activity and risk of eruption. In January 2017, scientists recorded a shiver on the slopes of the Mountains of the Gods, which indicates that parts of the volcano are rising. Other signals, including increased gas emissions and earthquake, led scientists to conclude that the eruption is inevitable.

It is not known whether the eruption will destroy nearby archaeological sites. But if a strong volcano explosion coincides with the rainy season, volcanic flows can destroy ancient tracks.

Such an avalanche of volcanic mud preserved a collection of 400 footprints in Engar-Sero, just 14 km from the volcano. About 19 thousand years ago a wave of volcanic material created a huge littoral near the lake Natron. People walked along these silted sites a few hours after the village, and a second wave of stuff filled their tracks, saving them forever.

Tags: Mountains of the Gods