The eruption of the Theologian volcano in Alaska 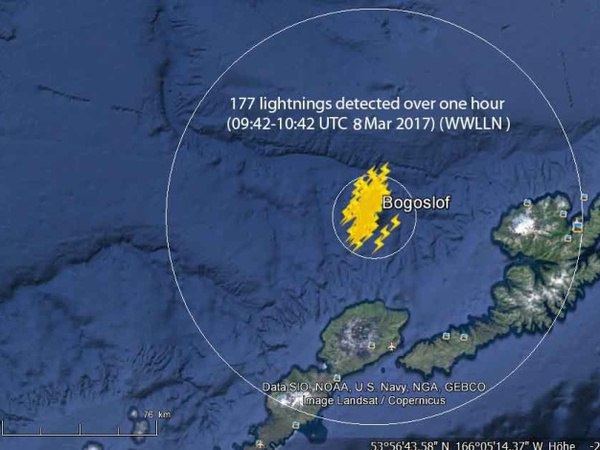 Because of the eruption, warnings were given to passenger planes and the American fishing port on the islands. The eruption of the volcano lasted three hours, the column of ashes rose to a height of 10.7 kilometers. 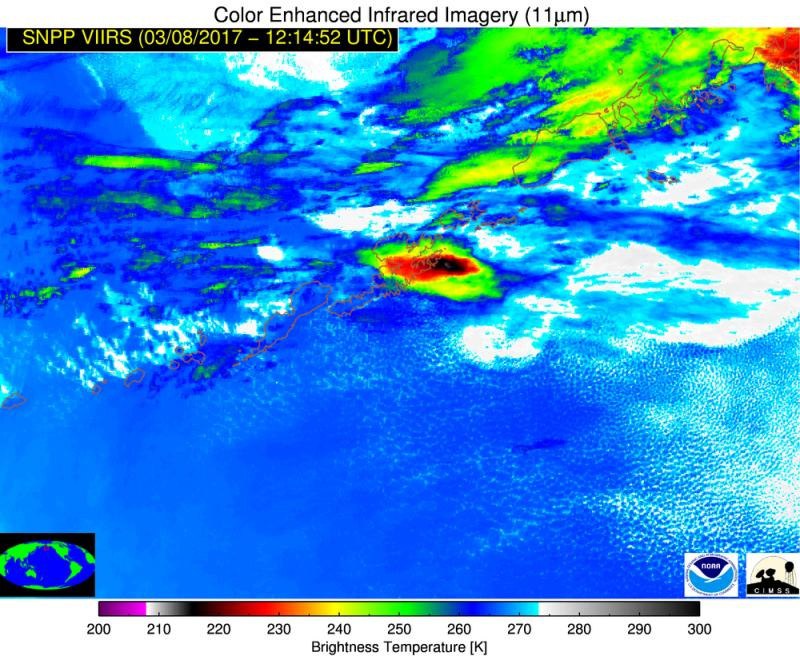 Also in the cloud were recorded volcanic lightning. It is reported that over the past three months it was already 36 volcanic eruptions of the Theologian. Previous activity of the volcano was recorded on February 19. The island of Bogoslovsky is one of the Fox Islands, located in the eastern part of the chain of the Aleutian Islands. It is located to the north of the island Umnak.