The eruption of the volcano Ebeko 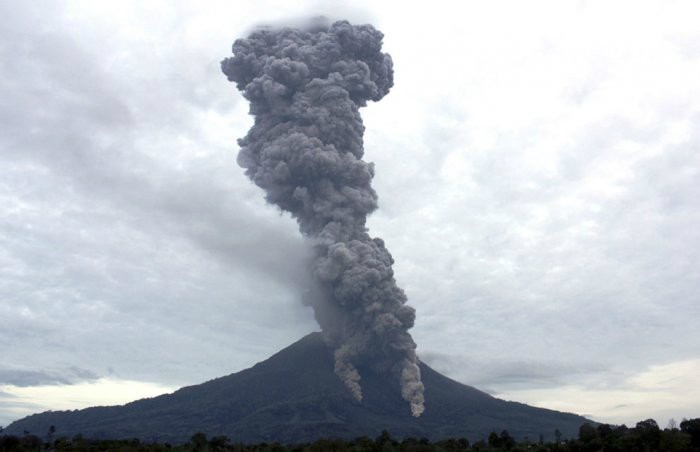 Scientists urged residents of the city of Severo-Kurilsk on the Kuril island of Paramushir always carry a medical mask in connection with the eruption of the volcano Ebeko, said researcher of the Institute of Volcanology and seismology Feb RAS Tatiana Kotenko.

The eruption started in November last year and is still ongoing, she said. As described Kotenko, 23 Jan there were at least four of ash emission, powerful enough for Ebeko.

If Paladi that happen in the village, not as dangerous, the toxic components of the emissions can harm health. We talk to the locals, even persuade them to carry in the pocket of the mask, said Kotenko.

According to her, if Paramushir blows West or North-West wind, the inhabitants of Severo-Kurilsk feel the smell of hydrogen sulfide. The composition of volcanic gases include toxic components: hydrogen sulfide, sulfur dioxide, chloride, and hydrogen fluoride. Kotenko noted that harmful substances may be contained in the atmosphere not only in the form of gas, but in aerosol form – in the form of microscopic droplets containing hydrochloric and sulphuric acids. The mask is able to hold these particles.

While we are lucky from the side of the volcano there was no wind. Over the last month we have never felt the characteristic smell of hydrogen sulphide. Palopoli was weak, only a dusting of ash on the snow and went in the other direction. Not that nice, but it’s nothing, ‘ said the scientist.

Wednesday Ebeko was quiet, marked by only one small two-minute ejection with an admixture of ash in the morning.