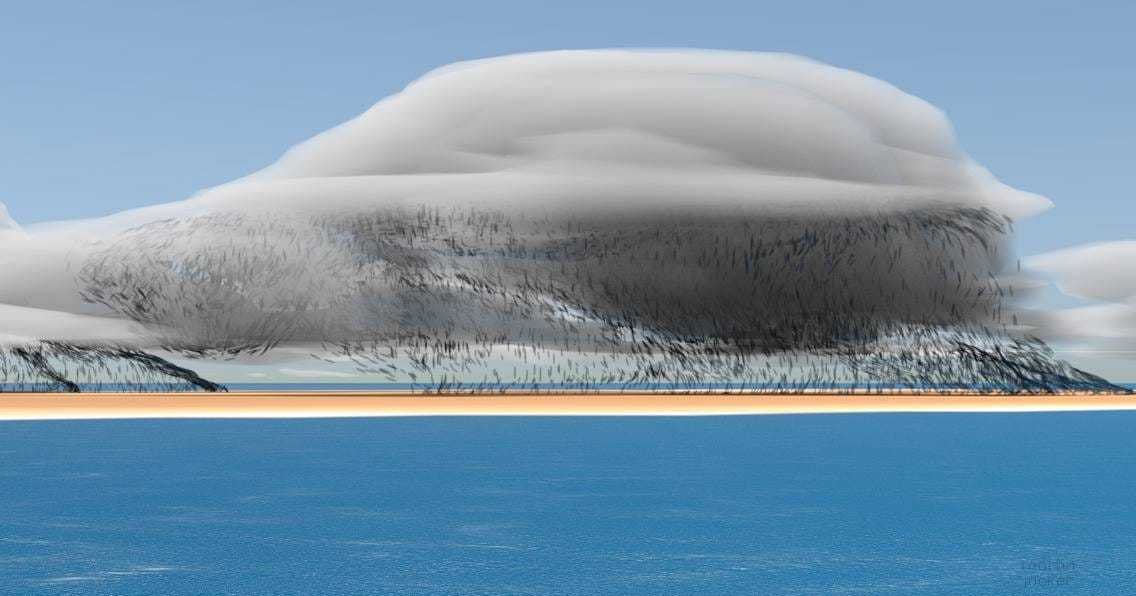 The storm is unique in that it never changes its location, forming every day in the same place over the Tiwi Islands, not far from the northern coast of Australia.

Thunderstorms not on Earth is a common phenomenon, and because of the chaotic appearance, none of them got a name. But Hector, by virtue of his incredible constancy, is an exception.

From space, Hector is like an erupting volcano. But this is a storm that appears so regularly that it even got its own name. The reason for the amazing regularity of the storm lies in the location and shape of the Tiwi Islands. They are located at the confluence of the winds. Sea breezes converge over the islands, rise up and expel moisture into the upper atmosphere, resulting in a storm. And it happens every day, at three in the afternoon.

Due to the fact that the conditions due to which Hector appears are very stable, meteorologists were able to study the storm in detail. Now it has even been removed from space, for which the Japanese weather satellite Himawari-8 was used.

You are probably wondering how Hector got his name? According to an explanation given by the Australian Bureau of Meteorology, the name was given to the storm by World War II pilots. During their flights between Papua New Guinea and the Australian city of Darwin, located about 100 kilometers south of the Tiwi Islands, aviators used the storm as a navigation landmark.

So Hector is not just “Wow, how cool he looks from space!”, But a very useful storm, which has not only a name, but also a nickname given to it by locals – Hector Convector.