The explosion of a super volcano threatens Italy 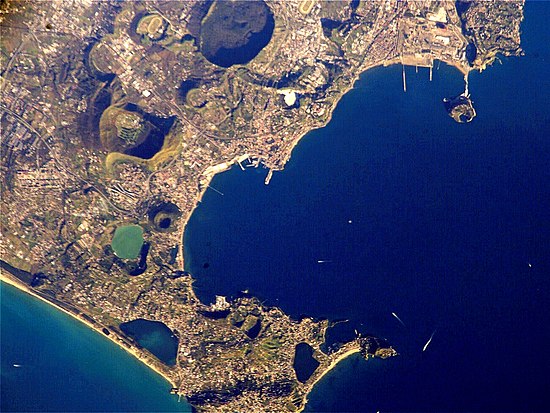 Scientists have discovered the first direct evidence of the existence of a so-called “hot zone” feeding a super volcano in southern Italy, which, experts say, is preparing for an eruption.

The Phlegrean fields are a volcanic caldera to the west of Naples, which last erupted centuries ago. The area has been relatively quiet since the 1980s, when the release of magma or other liquids into the surface layer of the volcano’s super volcano caused a series of small eruptions.
Now, using seismological technology, scientists have accurately determined the location of the “hot zone”, where the heated material rises to feed the caldera.

The study was conducted by Luca De Ciena of the University of Aberdeen in collaboration with the Vesuvius Vulcanological Observatory, the research laboratory of Neapolitan University and the University of Texas at Austin. The results of the work will help to predict how and where future eruptions can strike

“The question that puzzled scientists was where exactly the magma is located under the caldera. Our study gives the first proof of the presence of a hot zone under the town of Pozzuoli, which extends to the sea to a depth of 4 km, “says De Ciena. “Although this is the most likely location of a small section of magma, it can also be a heated upper layer of a wider magma chamber that is even deeper.”

The relatively low volume of seismic activity in the region since the 1980s suggests that the pressure in the caldera increases, making it even more dangerous. “Over the past 30 years, the behavior of the volcano has changed, the situation has become” hotter “because of the fluid penetrating the entire caldera,” explains De Ciena.

“Whatever the activity under Pozzuoli in the 1980s, it shifted elsewhere, so the danger can now be much closer to Naples, which is densely populated. Phlegrean fields can now be compared to the boiling pot of soup under the surface of the earth. ”

“What this means in terms of the scale of any future eruption, we can not say, but there is no doubt that the volcano is becoming more dangerous.”