The fire element hit the Krasnoyarsk Territory of Russia 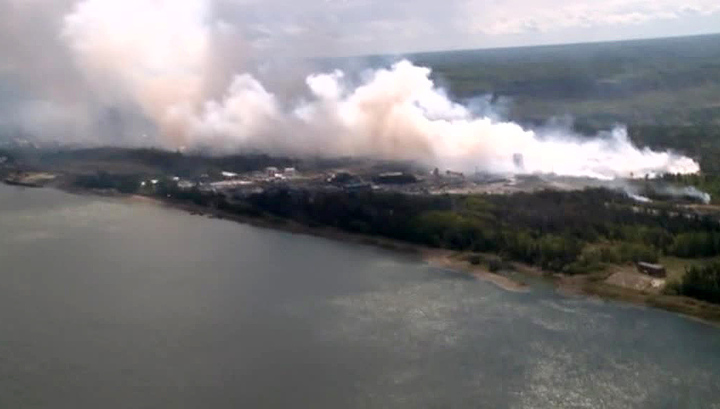 In Siberia, fire devours forests and surrounds all new villages. The number of burnt houses is approaching two hundred. More than 500 people remained in the Krasnoyarsk Territory without a roof over their heads. There are deceased. The wind carries the flame farther: in a few hours the area of ​​the fire increased by one third. 5 thousand hectares of taiga are burning.

Pillars of smoke near Lesosibirsk are visible for several kilometers. The helicopter Mi-8 helps to eliminate, so-called, thermo-points near populated points. From the height of the scale of the disaster. The area of ​​destroyed houses in the Krasnoyarsk Territory is more than 7000 square meters. Especially noticeable is the destruction on earth. After an urgent evacuation, the owners return to their plots.

Burned houses more than a hundred. Literally each of them tried to defend the whole street. But it turned out to be practically useless. Wind up to 170 kilometers per hour. At first, he drove the flames around the area, and then simply demolished the burned houses.

Many of the victims were not registered in these houses, but were permanently residing. Local authorities promise to help in the preparation of documents. At the time of the fire, residents of Lesosibirsk and Kansk were barely able to pick up valuable things.

Destroyed vegetable gardens. Stocks of food and burnt valuable things. Most of the residents did not insure their property. In this fire, only the furnaces survived. As a rule, they are fireproof. Because now some of the streets look creepy.

The authorities promise to solve the problems of resettlement by the fall. Pogoreltsam should help with new housing. There will be an opportunity to move or settle in a new one at the same place. However, most of them do not plan to leave. Already today, work began in the settlements to restore infrastructure.

In the meantime, the Investigative Committee started the investigation and opened a criminal case. Specialists are to understand the causes of the fire. An assessment will be made of the actions, or inaction, of officials responsible for protecting human settlements from fire.